What do we know about Portugal? With what do we associate this country located in the very west of Europe? The Roman province of Lusitania. Reconquista. Great seafarers — Bartolomeu Dias, Vasco da Gama and Fernando Magellan (yes, Magellan was a Portuguese!). Well, of course, the port … More so immediately and do not remember. But modern Portugal is very interesting! For example, in the town of Agueda, located somewhat south of Porto, an art installation of the alley of floating umbrellas is organized annually. 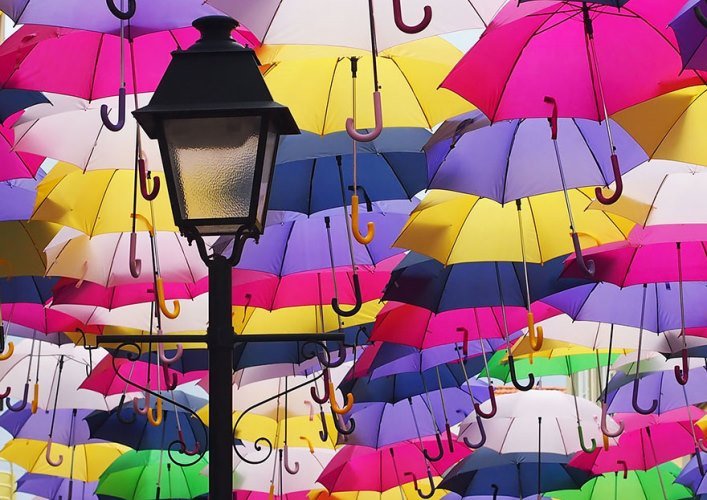 Art installation of the alley of floating umbrellas

The festival of arts is always interesting and fun. It’s always amazing, and sometimes even fabulous. And each such festival has its own «zest». Such a highlight for the festival Ágitagueda, held in the Portuguese town of Agueda, there is a real alley of floating umbrellas!

Portugal is a Catholic country. And in the life of the population of the Catholic countries played a very significant role carnivals. Some researchers even call the culture of such countries carnival. Let’s remember the Venice carnival. Or the most famous carnivals of Brazil, the former colony of Portugal. If you consider that Portuguese Catholicism has always been much softer than Spanish, it can be understood that the Portuguese arranged carnivals at the first opportunity. 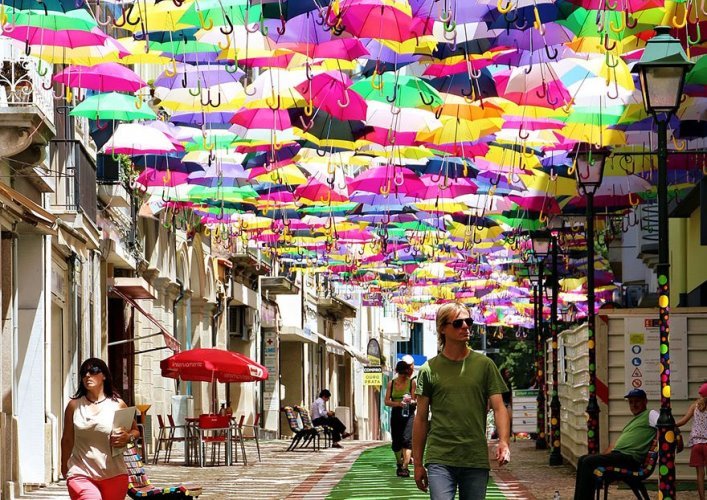 Today the place of carnivals is partly replaced by festivals of arts. They are held today in the most diverse cities and towns in Europe. Traveling to such festivals is an indispensable component of many tourist trips. Here in the small Portuguese town of Agueda have been hosting the Ágitagueda festival for several years now. This festival is quite popular not only among the inhabitants of the city, but also among the Portuguese in general.

Last years the organizers of the festival Ágitagueda pay much attention to attracting tourists from other countries. Many of the festival’s installations serve this purpose. Particularly successful was the installation, arranged by photographer Patricia Almeida. This is a canopy of colorful umbrellas, as if hovering over one of the old streets of Aged. 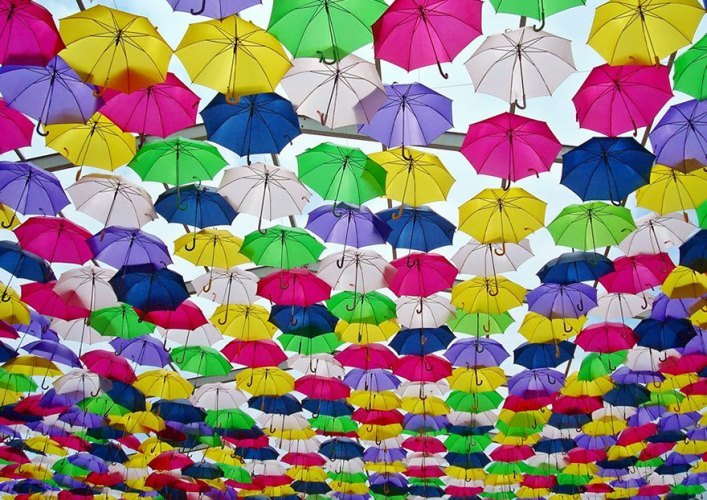 With all its natural diversity, the world of tourism and travel is becoming richer thanks to such fabulous art installations. The picture of hovering over your heads of thousands of umbrellas can not be described in words. Even the photos do not fully convey the atmosphere of the miracle that fills the street under umbrellas! Many interesting places in Europe will be more famous for festivals like Ágitagueda with their alleys of floating umbrellas.