Among many historical sights of the ancient, Russian city of Smolensk, the Smolensk fortress wall takes a special place, because unlike the fortifications of the Moscow Kremlin, the Kremlin of Veliky Novgorod and Pskov, Smolensk was more grandiose and not criminal. 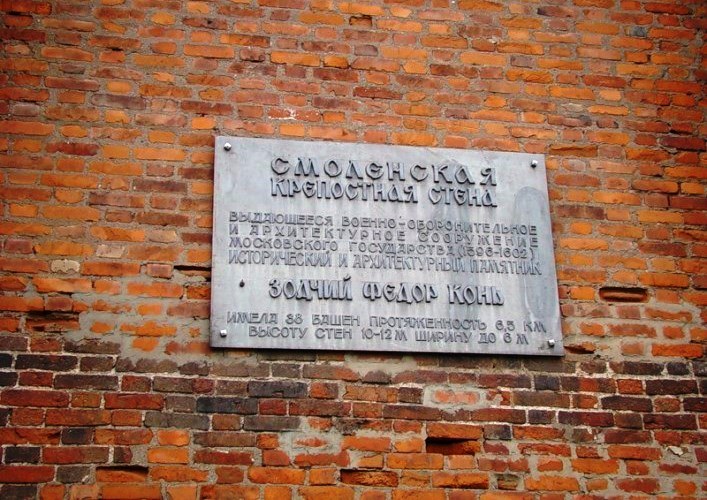 In some literary sources devoted to the history of the city, the Smolensk fortress wall is called the «Kremlin» and this is a bit not true. After all, according to the rules for erecting fortifications of that time, the Kremlin was a defensive structure that defended only the central part of the city, where its administration and other power structures were located. The fortress wall was a defensive structure for the entire city and was erected along its entire perimeter. So, in our interpretation, «Smolensk fortress wall» will be, more historically correct name, this historical monument.

The construction of this landmark of Europe was started in 1595 under the reign of the Tsar, Fyodor Ioannovich, who, for its construction, was invited by the rather talented architect Fedor Savelievich Konya, who by that time was already well known as the «master master» who participated in the erection of many Fortifications, and Orthodox churches. 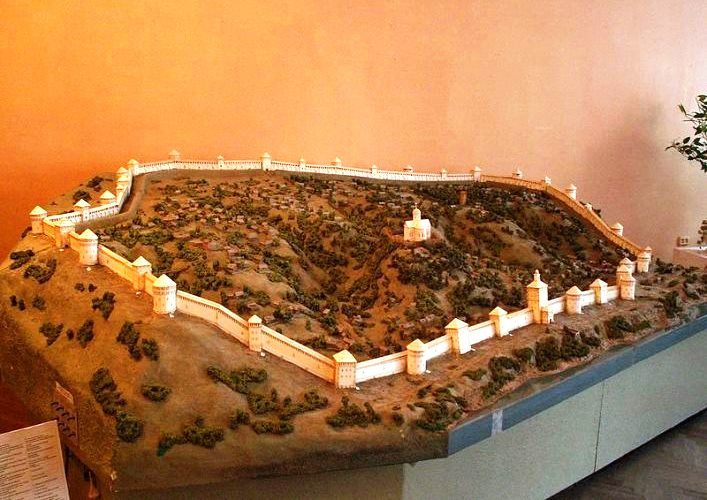 In particular, under his leadership and under his project, Borisov built a small town, stone walls and towers of the White City of Moscow and many other buildings from the reign of Boris Godunov and Fedor Ioannovich, who rightfully entered the history of Russian architecture as historical monuments of Europe at that time.

Journey through the modern and medieval Smolensk

Despite the fact that Smolensk is located on the right bank of the Dnieper River in its upper reaches, you are unlikely to travel to modern Smolensk, as on this site the Dnieper is rather shallow and more or less modern passenger ships can not move in this part of the riverbed River. However, all other modes of transport are available to get to this ancient Russian city and get acquainted with its history. 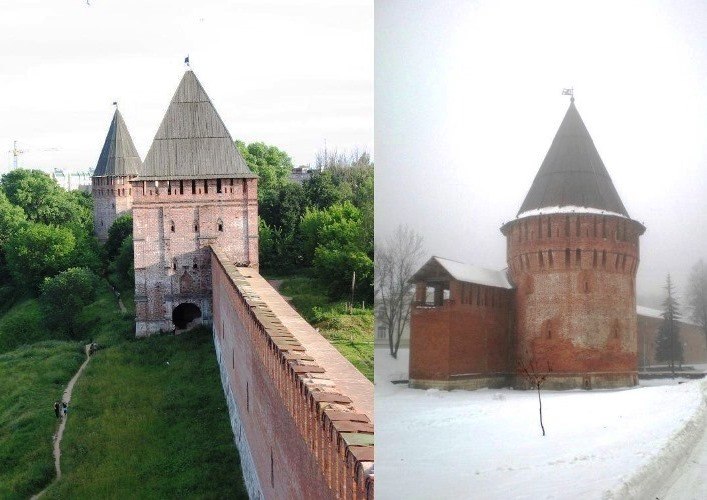 How to get to the Smolensk fortress wall

So, as the Smolensk fortress wall is located practically in the center of the city, then knowing its address, it will do quite realistically. Namely: Studencheskaya Street, building 4. At the same time you can inspect it on any day of the week, except Monday from 10 am to 5 pm.