It has already become a good tradition that almost all those who come to the Italian capital of Rome consider it their duty to visit the ruins of such a unique structure as the Coliseum, which strikes its grandioseness no less than the Egyptian pyramids.

If you open almost any history textbook in the section devoted to the history of Ancient Rome, the Colosseum will, in it, be mentioned without fail, as one of the grandiose structures of this era and intended for gladiatorial battles in the presence of seventy thousand spectators. Moreover, even contemporaries are amazed not only by the size of the Colosseum, but also by its technical capabilities. 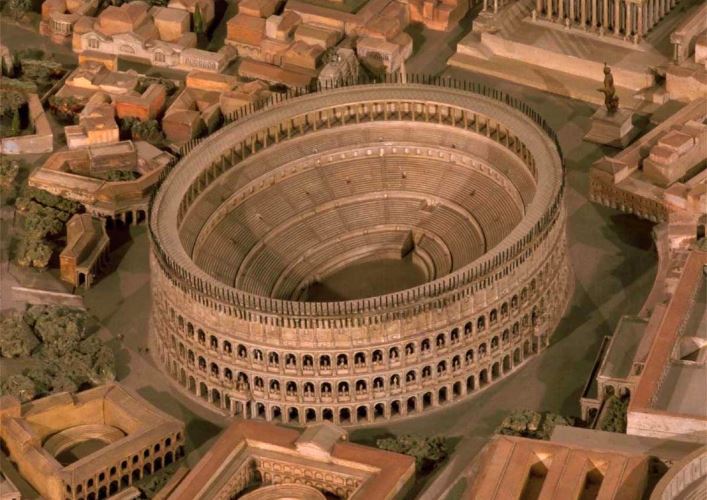 After all, his arena length of 85 meters and a width of just over 50 meters could accommodate not only a large number of land gladiators or beating predatory animals. On this site, sea fights of gladiators were also conducted, when the arena filled with water, took on its water surface some semblance of Roman fighting galleys, between which played real battles with boarding.

In addition, such interesting places of Europe in Rome, as the Colosseum is amazed and the mass of premises, located under the surface of its arena. And here there were not only premises for keeping gladiators and predatory animals, but also a lot of auxiliary premises intended for servicing all this huge economy. However, few people know that the Colosseum served the ancient Rome not only as a place for grandiose gladiatorial fights and other entertainments, the Coliseum has a different story. 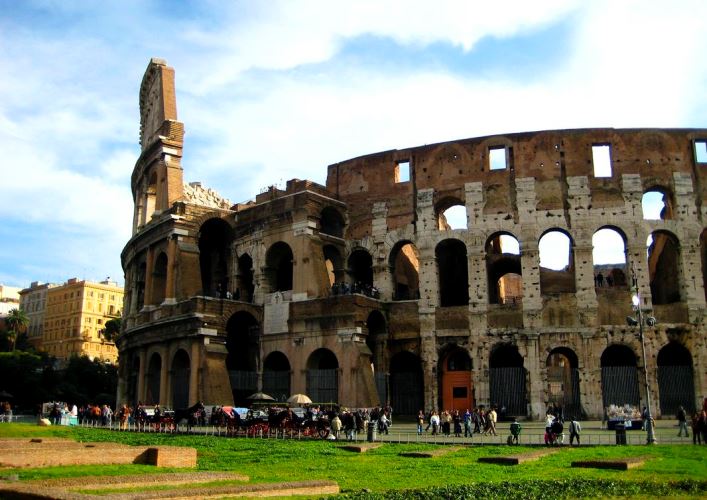 A different story of the Colosseum

So in particular, when the Colosseum lost its importance, as a place for entertainment events, it began to be used as production and storage facilities. And this was the «sins» of such popes as Sixtus V (1585-1590), who placed the cloth and weaving factory in the Coliseum, and Pope Clement IX (1667-1669) re-equipped the Coliseum for the production of sodium nitrate. However, more grandiose and historically valuable contribution of the Colosseum to the history of Rome is the fact that a significant part of it has been used as a building material at different times. 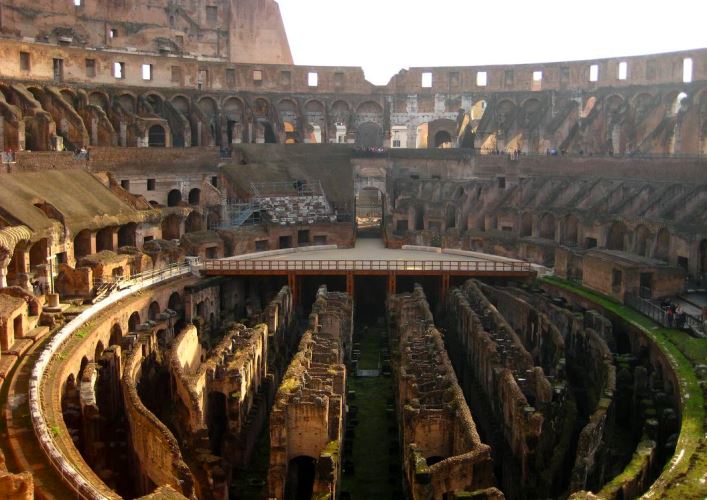