Almost any trip to Norway, as a rule, is connected with its unique northern landscapes and the proximity of the Atlantic. And in this regard, a small town Oddo and its «Troll’s tongue» is worth noting as the most interesting places of this harsh land.

Among the many attractions of Norway «Troll’s tongue» takes a special place. And it’s not that it is located in a somewhat hard-to-reach locality in the Southwest of the country, wishing to visit the town of Oddo and its most interesting place is quite enough throughout the summer period. The main issue is that this rock was formed after a pretty decent piece of coastal granite framing Lake Ringendalsvannet broke away from the main mass and just hovered at an altitude of about eight hundred meters, being held solely by its weight. With this in mind, albeit to a small extent, but the probability that eventually this rock boulder will someday fall off, and fall into the lake, is quite obvious. Only the date of this natural phenomenon remains known, most likely, only to our Most High God. 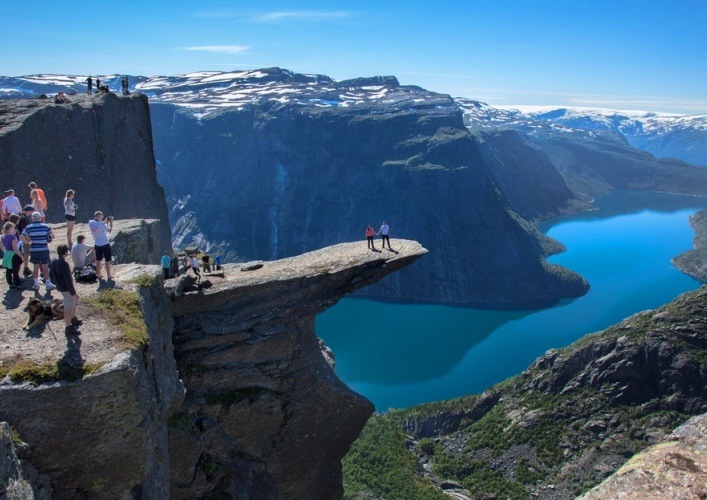 However, this kind of probability does not stop many fans of extreme sports, who alone or in small groups climb the very edge of this wreck for the purpose of holding unique photo sessions. And if you consider that the cost of a tourist permit for most of these models includes an insurance policy, it is probably for this reason that local authorities look at this kind of frenzy with their eyes closed. But in any case, as the participants of this action themselves say, such interesting places of Europe in Norway as the «Troll’s Language» are worth it.

However, if by the will of the fate of the notorious traveler you have already entered into this small town and you were not too lazy to climb Mount Scieggedal, where exactly the «Troll tongue» mentioned above is located, it is probably worthwhile, having come down from the summit to visit the lake itself, which The local population is famous for its fishing. 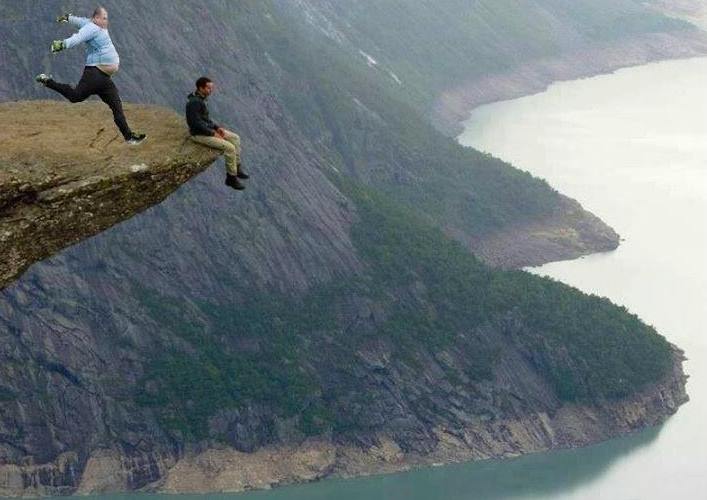 True, in its depths the famous Norwegian herring does not reside, but in any case, even the journey through the Ringengalsvannet’s head on a fishing boat will be, as a significant addition, to what you have already seen on the top of Skieggedal. At the same time, a trip to Norway is likely to have the most vivid and indelible impressions.