One of the tourist attractions of Norway is a trail Atlantic Road, which because of its originality is not only one of the most visited places and the most beautiful road of the world, and quite rightly was honored with the national title of «Excellence century». 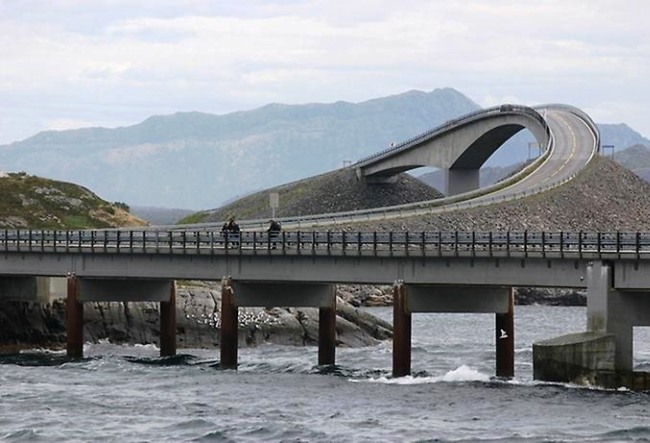 Given the almost fairy-tale landscape of this corner of Norway, in the early twentieth century, the government of this country and a number of private companies attempted to build a railway that would carry out transport are not economic goods, and groups of tourists who might stay on the set of small islands and admire all the delights of wild nature of this region. 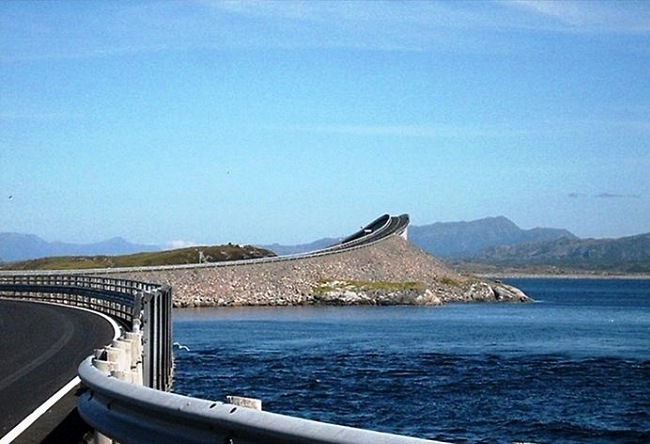 However, the complexity of the terrain and harsh climatic conditions made it impossible to implement the project, which until 1970 stood in the abandoned form, and it is in this year’s Atlantic Road got its second birth – in 1970 began the design and development work on the realization of the construction of the tourist route. But after thirteen years, a consortium of Norwegian tourism companies not only had a great project of this unique route, but it is certain the money for its implementation. July 7th, 1989 at Atlantic Road were the first cars and buses with Norwegian tourists, amazed by what he saw. 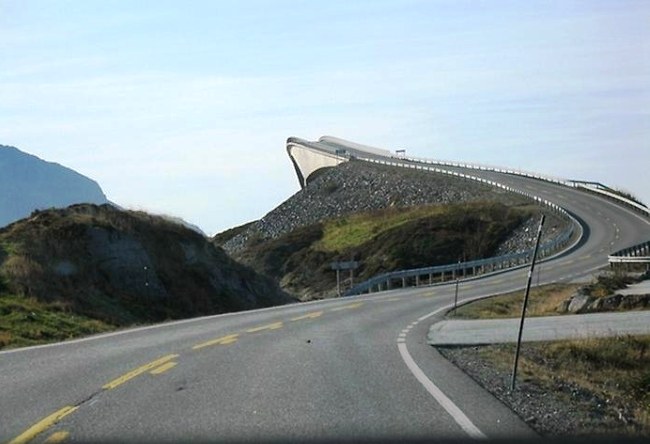 It is worth noting that the most amazing place the entire route is not the magnificent landscape of the North Sea and Norwegian rocks, but rather a kind of Storseisundet Bridge, which is at the entrance to it can be quite clearly be termed as a «bridge to nowhere.» 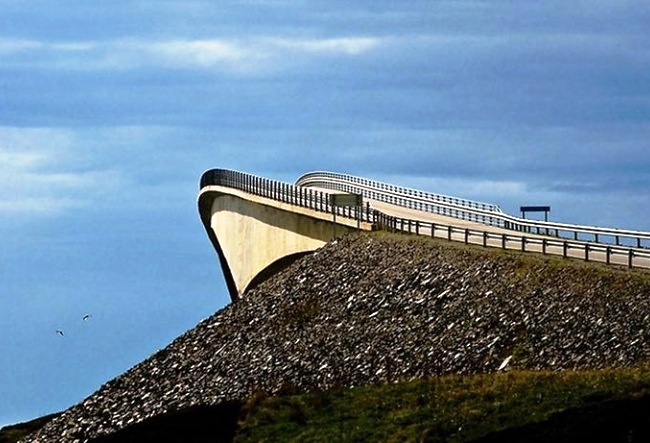 A virtual image of the part of the bridge, with all the attractiveness of the overall landscape, gives the impression that the bridge Storsezandet ends with a cliff into the sea. However, this is only a general impression. Just at this point the bridge has a fairly steep descent to the next island, which is at a lower level than the previous one. So, in general, a foretaste of «roller coaster» is guaranteed.