Among many areas of the globe there are quite a lot of territories, which for one reason or another were chosen by wild animals and birds. As usual, such concentration of birds, especially swans in colloquial language is called «a bird market», because the noise the birds raise during their meetings can be easily compared with the noise which stands on a large trading market, where customers try to shout over each other, haggling over more reasonable price. 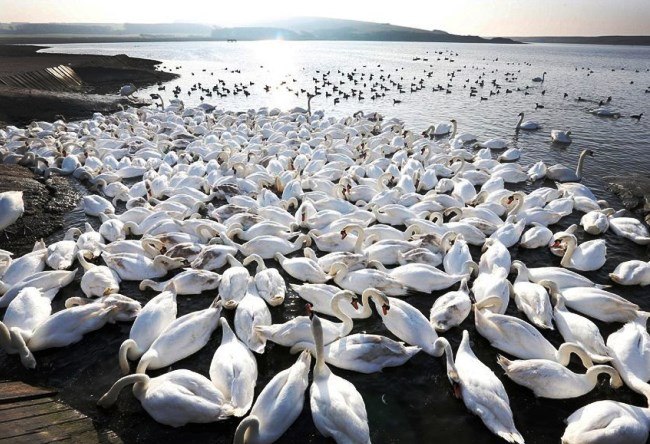 According to ornithologists such concentrations of birds is mainly predetermined due to the fact, that they need to breed in the place where the birds were born themselves, as well as all of their ancestors. A selection of nesting sites is stipulated by the fact, that earlier there used to be quite favorable conditions for living and reproduction. At the same time, according to many experts, the choice of nesting and migration itinerary to the permanent habitat is preserved in birds at the genetic level. 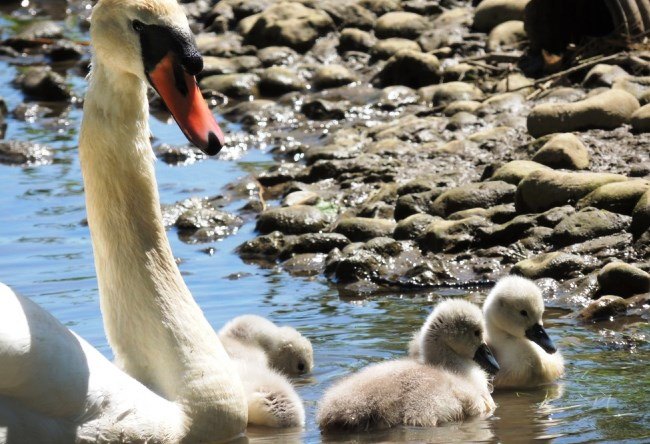 Similar patterns are true for almost all animals and birds, for which a migration to remote areas for breeding is characteristic. In fact even whales in almost all the oceans, to make a couple and give birth to their offspring, travel thousands of kilometers to meet at a certain time in one place, where the probability of finding your other half is quite high. 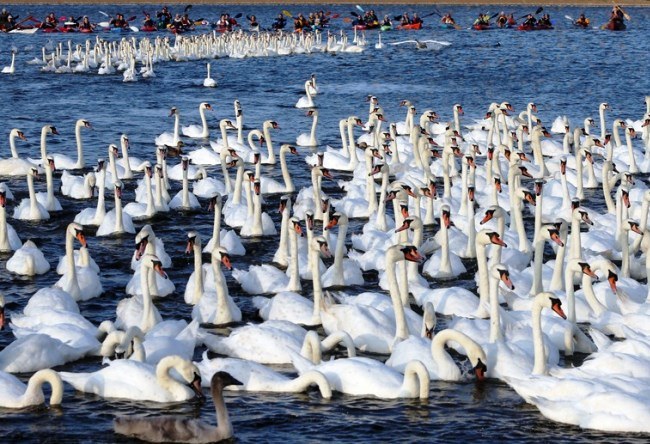 No less notable in this regard is a small lake located near the small town of Dorset, in the south-west of England. After all, that’s the place, where the so-called Swans Abbotsbury garden is located. It has existed for several centuries, since 1040, when for the first time in the books of St. Peter’s Cathedral, located not far from this place, quite large concentration of these long-necked birds was mentioned. 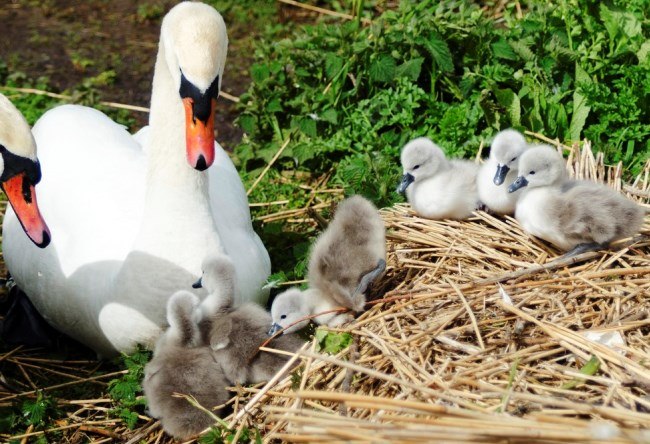