Upside down house in Hamburg

Dirk Oster, who is the developer from Hamburg, gave the zoo home. Available in all, with one small exception — put it upside down. The house should serve as landmarks and «attraction» for visitors, due to the fact that the area within the space is no less original than the view from the outside. 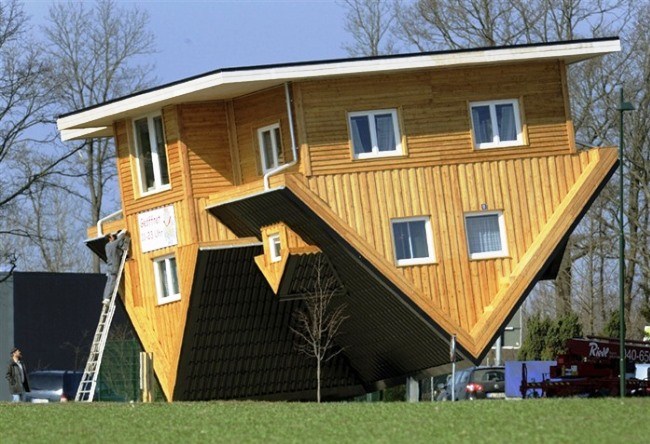 Upside down house stands on the surface of the roof with two slopes. Roof itself terminates at ground level, even as the house, which is inverted, the foundation is needed. 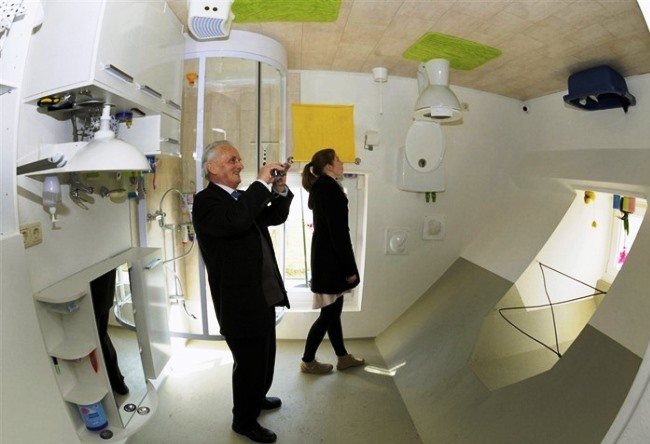 Powerful beams of metal frame of the building can hold in almost inclined position, so that viewers could get the impression that the «fall» natural home, as if accidentally house off the ground, rolled over and «disorderly manner» fell into the clearing. And all that there is inside, it could safely stick to their places. 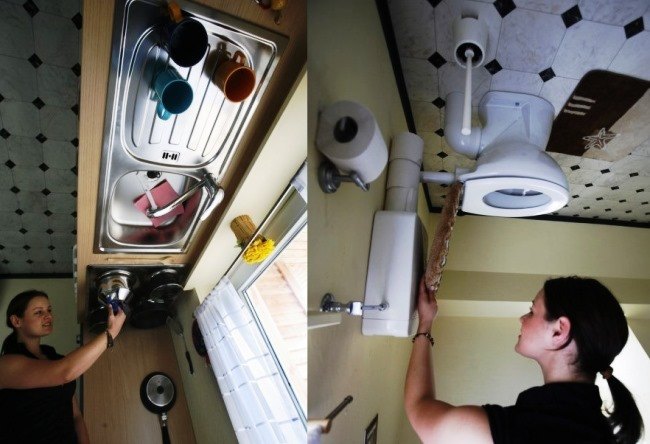 Sanitary equipment in any case, as the house does not shake, remain in their original locations, but tables with tables, vases, which are put in flowers — all in the best case would be on the ceiling, which turned into the floor. Wardrobe with mirror, its mass more than eighty pounds, is the most difficult subject. Visitors love to walk around the surface of the ceiling in the form of gender, as well as look into the toilet sticking out from the top or even consider the familiar objects in an unusual perspective. 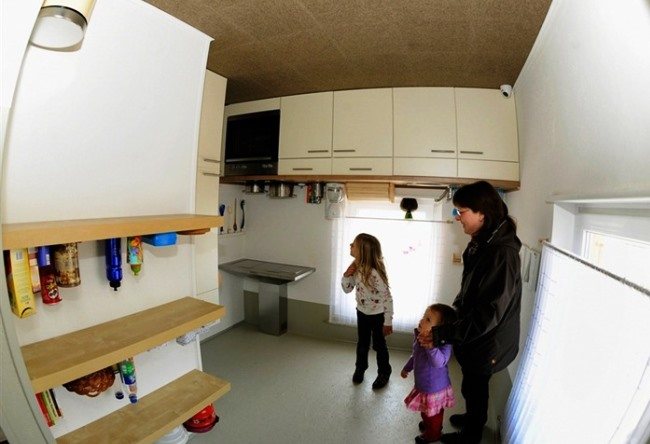 Possibly with some application of forces in the rooms could be live, and even adjusted to the location of all necessary that the top, if not the toilet, which well as does not go. Unusual house was able to take the first visitors thirtieth March 2010.