The so-called Casa Vicens, located in Barcelona, was built in 1885. It is one of the early works of the famous Spanish architect Antonio Gaudi. The final blueprint of Casa Vicens, Gaudi performed in 1878, almost simultaneously he received a diploma architect after graduation from the Provincial School of Architecture of Barcelona. 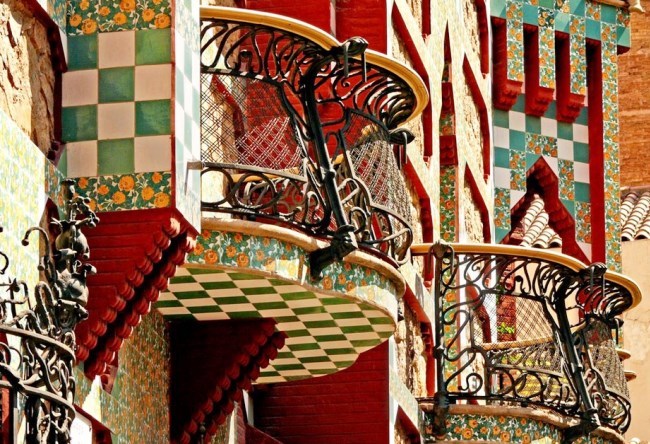 According to many architects and historians of that time Casa Vicens for Gaudí was the starting point in his artistic career. Indeed, up to that time, he was studying at architectural school and had a part-time as a draftsman in the architectural offices of Barcelona. Moreover, a talented architect unsuccessfully tried to take part in many architectural contests. 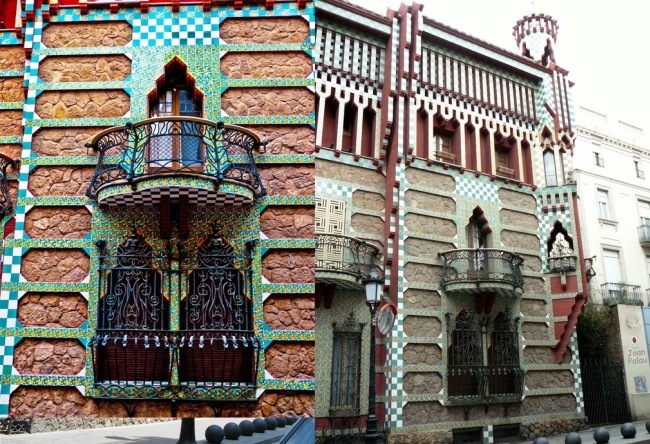 But then fortune smiled upon him. Vicenç Manuel, who was quite a large Spanish manufacturer drew attention to the young architect and gave him absolute freedom in this project. In the first place, Casa Vicens was designed as a summer residence for the Vicenç Manuel’s family and didn’t imply any architectural delights and originality. However, Antonio Gaudi offered a customer to implement to the project the production of the burnt brick and tiles for the same cost, which would emphasize the professional activities of Vicenc. 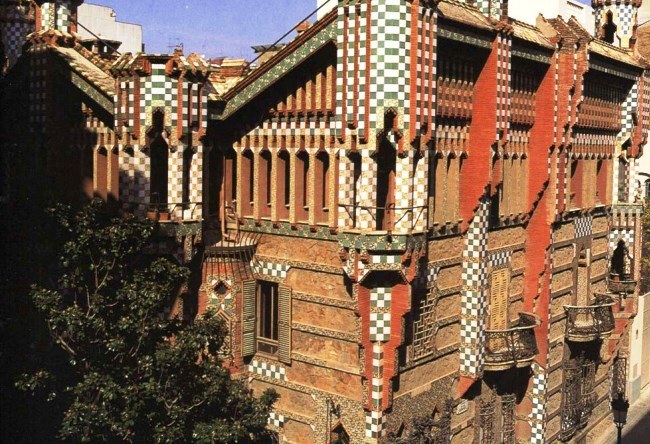 On this basis, Gaudi suggested to use red, burnt brick and tiles in staggered order for the exterior, instead of rough stone. And the idea of the architectural design of the building impressed Vicens so much, that he instructed Antonio Gaudi even to design the other elements of the house, including decorative lattice windows and fences, because in those years, Casa Vicens was surrounded by a large park, walled with cast iron fence. 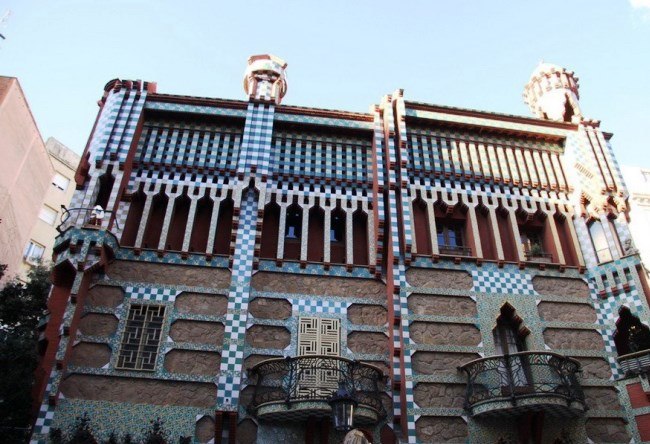 Nowadays, Casa Vicens, like many other Gaudí works, is located in Barcelona, and included to the UNESCO World Heritage List, and the house is a private property and closed for the visitors, therefore, we can’t evaluate its inner decoration.