Arriving in the city of Voronezh, and spending another three hours in the intercity bus route next to the village Kostomarovo, you will definitely get not only run the risk of the New Jerusalem, with its white stone churches, but also to visit the Garden of Gethsemane and Calvary. No, this is not a story or fiction novel or script of the feature film in the style of real fantasy. These are the feelings and landscapes observed in almost all the pilgrims visiting the cave of St. Saviour Monastery. 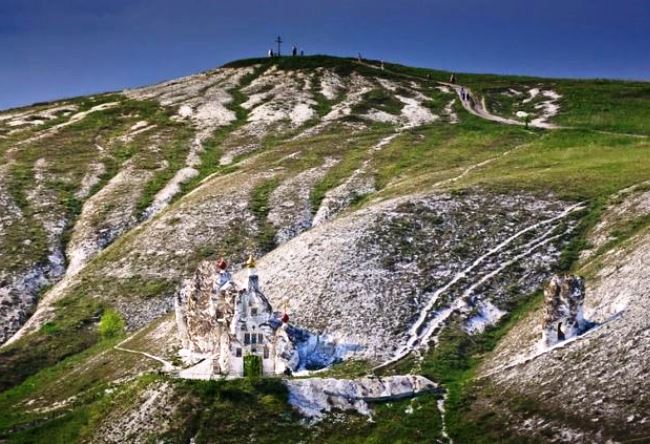 Indeed landscape that surrounds St. Saviour Monastery really in tune with the landscape of the Holy Land. And here in the Voronezh region really has its own Golgotha and the Garden of Gethsemane. While all of this and a little controversial. Holy Savior convent is located on the site of an ancient cave monastery, built in the period of pre-Christian Russia adherents of the Christian faith, to be able not only to carry out their religious rituals away from prying eyes, but also for the fact that to be able to escape from the attack on the village enemy units. 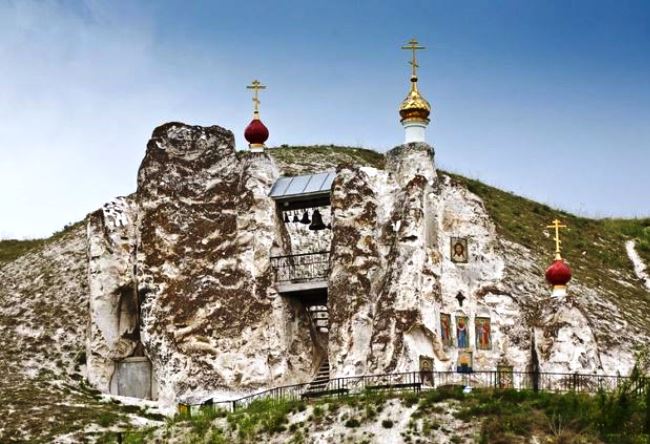 The exact date when Christian monks and hermits are organized religious community and began to build in the Cretaceous rock monastery is not known. However, since the XII century, when there was a baptism of Russia, after the construction of the first Christian buildings, the current Holy Saviour Monastery received the official status of the Christian monastery in which services have begun not only to monks and hermits of the monastery, but also for alien worshipers and pilgrims. 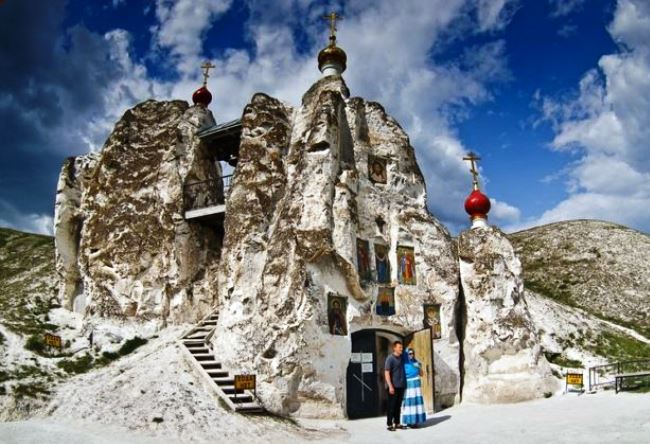 Over time, the Holy Saviour monastery grew, and it was composed of a large temple Spassky and the small church of St. Seraphim of Sarov. In this case, a large temple Spassky, who was in the cave chalk cliffs, contained in itself more than two thousand parishioners, which at that time was really a unique index. 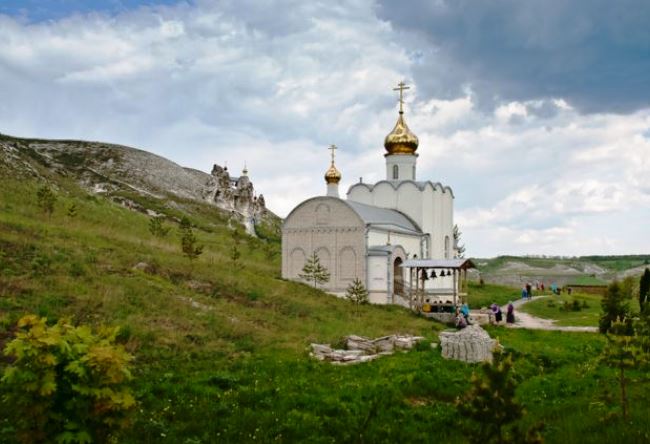 As of today, we can observe the appearance and interior of St. Saviour Monastery is not in its original form, but the fact that he had acquired after reconstruction started in 1993, when in addition to the restoration of the temple complex were built living quarters, refectory and chapel . And today the Holy Savior Monastery takes almost pilgrims from all over Russia.