Seychelles is considered one of the most photogenic beaches in the world, pale sands with a pink shade of Anse Source d’Argent beach stretch across the island of La Digue, one of the 115 islands of this group in the Indian Ocean. Brilliant sand against the background of rising granite blocks, depleted by time and weather. The turquoise water area on the Anse Source d’Argent beach is relatively shallow and under the protection of the reef from the weather. 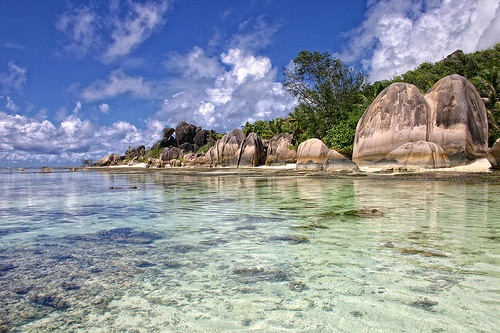 If you cherish a dream trip to the beach with spending for some unforgettable nights in a 4-star hotel or diving in the depths of tropical fish, the Maldives is a place where all dreams turn into reality. Maldives has in its group 1190 islands, making up 26 atolls. Velvet air wraps the archipelago and merges with palm trees turns into a light haze.

It is one of the magical islands that form French Polynesia in the South Pacific. Only 18 miles (29 km) in length, this atoll is located under the protection of a lagoon fringed by white sandy beaches, the best of them is on Matira Point. Bora Bora has the nickname «Romantic Island», the name is easy to evaluate, relaxing on separated beaches, intimate hotels in a serene atmosphere.

Hamptons has the opportunity to boast of one of the most delightful beaches on Long Island (Long Island). The virgin coastline originates near Southampton and follows east towards the end of the island at Montauk. Windswept dunes and wind-swept grasses restrain the Atlantic Ocean.

Lanikai is one of the most colorful beaches in Hawaii. Thousand meters of shining sand, palm trees, swaying over the alabaster beach, rich tropical plants, and the boundless sun build a beach. The beach is protected by a number of coral reefs, which hold up the waves. Forever dark green water, makes the photos perfect.

Surfside and Children’s are the most popular beaches on the island of Nantucket in the North Atlantic. The local waters are absolutely calm, a lot of sand, on which you can sunbathe or build sand figures. The beach Madaket (Madaket) is famous for its intense surf and beautiful sunsets, which can not be missed. Quidnet Beach offers a breathtaking view of the Sankaty Head lighthouse. 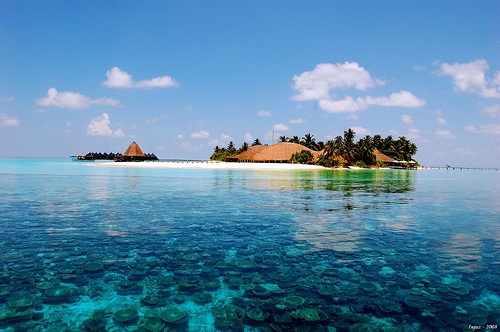 Fraser Island, a UNESCO World Heritage Site, is an ecologist’s dream — 1664 square kilometers of primeval natural paradise. Located on the sun-drenched coast of Queensland, 259 kilometers northeast of Brisbane in Australia, Fraser Island is the largest sand island in the world and the abode for an excellent beach. Jungle with old trees grow among the sand. On the island, everyone can find housing. Any type of tourists will be satisfied, from backpackers and lovers of ecological rest to people who love comfort and tranquility.

On the 13 kilometer island there are 20 beaches and tiny bays for swimmers and lovers to sunbathe on snow-white sand. This is St. Barth, one of the many islands in the Caribbean. It is distinguished by its mixture of French chic and island tranquility, beautiful secluded beaches. It is a tropical paradise, wonderful French cuisine and hospitable hotels are popular with the «elite of society.»

«Land of Desire» in Malaysia is the island of Langkawi. It is so often called, although it slightly objects to the historical origin of the island as a famous haven for pirates. Langkawi since then has become a place for the current traveler who expects to escape from civilization. On the island of Langkawi, rest is not limited to the deserted beaches with white sand, and green forests spread on it. This is the best place where you can move. Datai Bay (Datai Bay), located on Pulau Langkawi (Pulau Langkawi), is discovered by a heavenly shelter on the Andaman Sea.

Located on the coast of Kohala (Kohala Coast) on the large island of the «state of Aloha (Aloha)», in the gulf of Kauna’oa is considered the quintessence of Hawaii. The beach has a length of four hundred meters, sand is snow-white, surrounded by palm trees and transparent with a blue shade of water. He disappeared in the form of a crescent on one of the islands of the Hawaiian group. Swimming at night, you can observe the huge rays that live in the sea.