Set Travel > Blog > The city of hundreds of caves is ChufutKale. A great fortress in the thickness of the rock.

The city of hundreds of caves is ChufutKale. A great fortress in the thickness of the rock.

«Cave Town» Chufut-Kale is located 3.5 kilometers to the south of the palace-museum of Bakhchisaray. You can get there by public transport. The first part of the way ends at the stop «Staroselie». On the way we will see the old part of the city of Bakhchisaray, quite picturesque on its own. 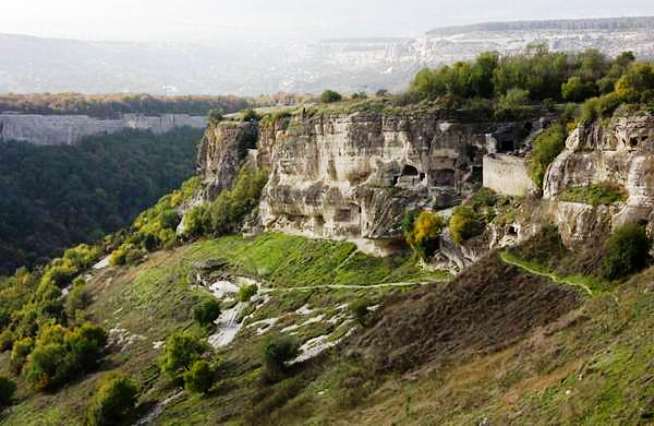 The road was clamped by a canyon (the Churuk-Su River — translated as Rotten Water) by its cliffs. After passing the palace-museum on the right side, we will see the beauties of the Tokli-jami mosque beginning of the eighteenth century. Further we pass by the house-museum founded (the Crimean-Tatar educator Ismail Gasprinsky).

The narrowest point of the cliff (at the Skala bus stop) will open to the right of the cliff a passage to the narrow and steep canyon of Kanly-Dere gorge (translated as the Bloody Gorge). On the left the rock shelter protects from the bad weather Staroselskaya parking lot. It is a monument (the Stone Age) of the Late Art of the era, fifty to thirty-five thousand years ago. This parking lot was explored by Formozov AA. in 1985-1956. Taurians and later Scythians settled in the area.

In the west of the cave city is the oldest part of it. There are a lot of carved out in the cave walls of the business premises, with its ruins reminds of the former greatness of the mosque. Also we will see the mausoleum in which the daughter of Khan Tokhtamysh Janike-khanim, who was buried in 1437, was buried. Both kenasses (it’s Karaite temples) were perfectly preserved. 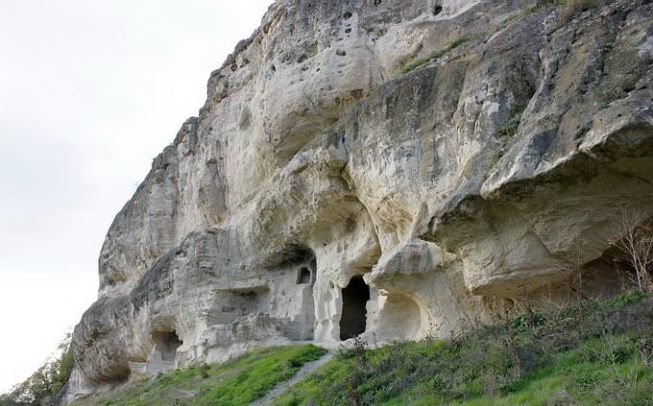 There is a residential estate where an exposition displaying the culture of the Karaites was placed. The eastern part of the cave city includes residential buildings. The mint, which is located there is not preserved until our days. Once there was stamping Crimean coins. Here is the estate of Abraham Samuilovich Firkovich, a famous Karaite scholar (1786-1874). This manor of the ball was built in the eighteenth century.