In the city of Bakhchisaray there is a historical monument (it is also the main tourist site) — the palace of the Crimean khans, Hansaray. Romantic poem written by Alexander Pushkin in 1822 «Bakhchisarai Fountain» glorifies the fountain of tears of the Khan’s palace, and this historical monument is worth it to see it. 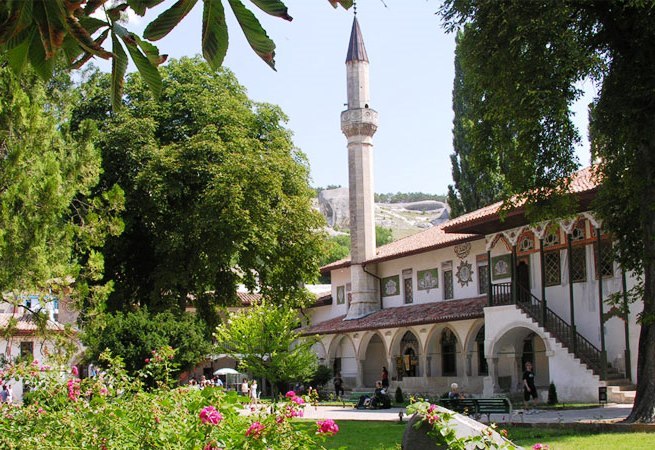 An important historical monument of the city — Zyndzhirly Madrasah, is a museum that opened after the restoration. This museum is open to tourists and its visit will leave behind impressions that will stay with you for a long time.

The mosque of Khan-Jami and Tahtali-Jami will shock you with its splendor, but besides them there is a lot of shelter for the Muslim religion. The fascist occupation was not in vain for the Khan’s palace — the Germans took out a large collection, many of the exhibits were unique (for example — there is still not found a numismatic collection known all over the world, embroidered with gold of ancient clothes and ornaments, archaeological antiquities). 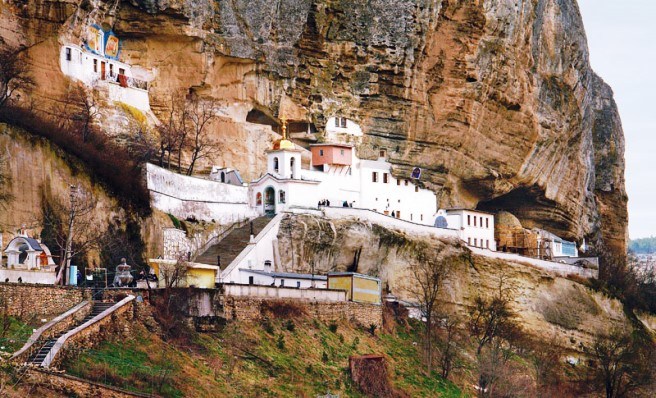 On the outskirts of the city there is the Holy Assumption Monastery (it is a man’s monastery). Also, many pleasant minutes will take you to visit the medieval fortress Chufut-Kale.

Near the town there is also the cave fortress Tepe-kermen, which you will never forget. The peculiarity of this fortress is a large number of caves, in comparison with other similar structures. On an area as one hectare they account for more than two hundred and fifty, and many of them have several tiers.

Most of the structure was used in economic needs — cowshed, storage room, cellars. Also, cave facilities were used for sleeping, housing, burial. This fortress is located in the immediate vicinity of the city of Bakhchisarai, which has given it popularity since the beginning of the nineteenth century. Since that time the place has always been very popular.