Let’s turn today to another secret of our planet. We have already spoken about moving stones in the Valley of Death. However, this is not the last secret associated with the rocks. There are still absolutely round stones, the origin of which remains one of the many mysteries of the Earth. 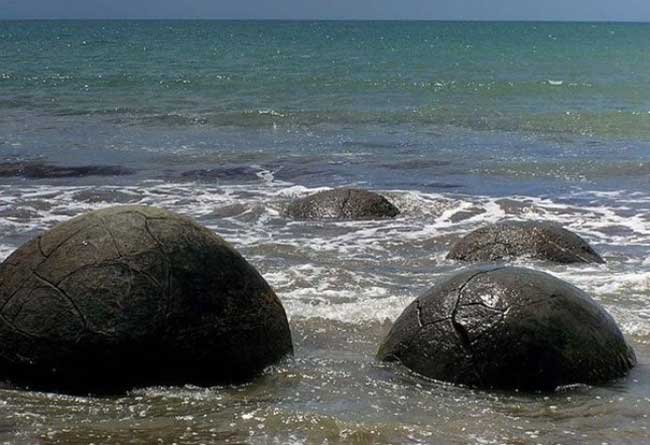 In 1930, workers who collected fruit in the jungles of Costa Rica for one supplier company, discovered the field. And the field is extraordinary, but entirely studded with perfectly round-shaped stones. The legend of the stone spheres has long been among the local population. It said that in ancient times magicians could hide gold in such spheres.

The happy workers did not lose their heads. Soon near the field appeared explosives and spheres one after another began to be eroded. But there was nothing valuable inside, and in general nothing but the same rock as outside. It was not found. Excitement did not leave workers and they undermined the balls one by one. Vandalism stopped the daughter of the company’s chief. Otherwise, for a long time the world did not see the stone spheres. At least in Costa Rica.

Round stones, later called petrospheres, interested scientists who immediately began to research. But the small state of Central America was not the only location of the miracle. Petrospheres were discovered in the USA, Mexico, Chile, Brazil, Egypt, Germany, Romania and Russia. Their sizes range from very small to three meters in diameter.

As always, everything that until now remains a mystery to humanity is endowed with a multitude of versions of origin. The most common is the formation of the petrosphere as a consequence of volcanic activity. But this theory has too many facts against. For example, in a number of countries where round stones were found, not a single volcano was found nearby. Ideally polished surface also does not confirm this conjecture. 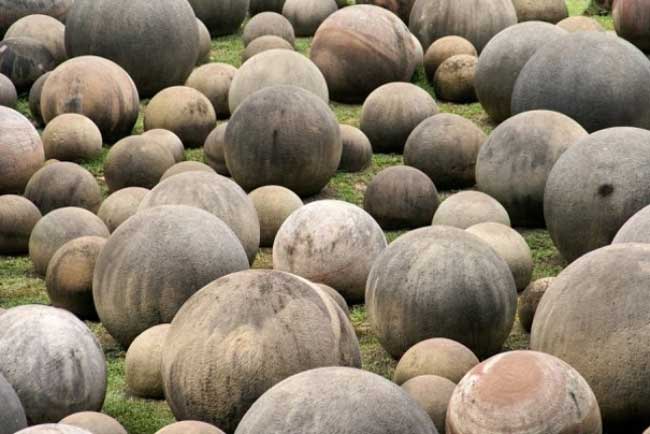 Interesting is the fact of the location of the spheres themselves in relation to each other. Sometimes, they make up complex geometric shapes. Someone says that the location of the stones copies the map of the solar system. An additional complication for scientists was also the determination of the age of the petrosphere. The current official data show an interval of 200 BC. — 1500 AD. But there is reason to refute this statement. Round stones were found at the bottom of the sea. Those. they ended up where the land was about 12 thousand years ago.

There is also an «alien» version. Allegedly, these are the points of departure for interstellar ships. Whatever it was, today the location of the petrosphere are popular places of pilgrimage for mysterious and inexplicable lovers.