Unusual buildings of the world — Part 1.

Please answer, what is creativity? — Approximately, the ability to see the world is not as everyone sees it. What is creativity in architecture? — Ability to convince the viewer that the walls, floor and ceiling do not necessarily have to form a square, and at the same time the functionality of the house is fully preserved. We used to see buildings in the form of cubes and parallelepipeds with perfectly straight angles. But, fortunately, architects lived at all times, ready to prove to the world that another form of construction has a right to exist. True, the public recognizes such houses as strange, but, it’s good! 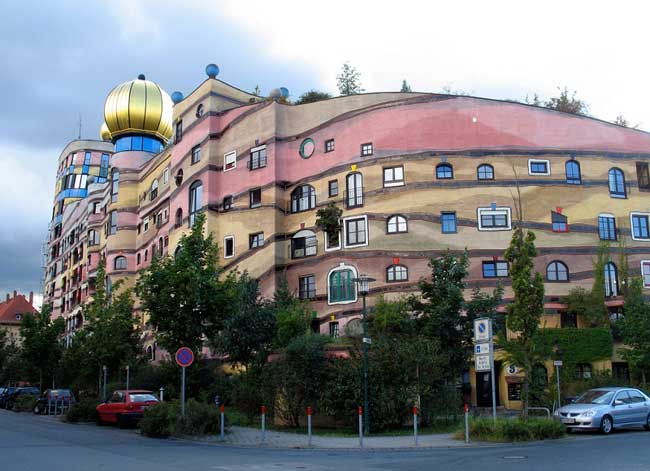 The dome of the building is a kind of bulb. On the roof are trees for the sake of completeness. An unusual name is given because of the specific coloration of the facade — multi-colored waves, forest motifs.

The creator is an Austrian architect who is not alien to the transfer of the beauty of nature in his creations. The project is created taking into account the fact that others will certainly want to visit inside such an unusual structure, therefore, a bar and restaurant were specially designed where you can spend pleasant time in the atmosphere of the Forest Spiral, an unusual building in Germany.

What else can be inside such an amazing structure. As not the museum of the most insane artist of all time — Salvador Dali. The name of the house is in honor of the artist’s wife — Galatea. The Torre Galatea Figueras was previously a theater, in the building of which the first works of Dali were exhibited later. By the way, the creator’s apartment was nearby.

The Second World War left deep impressions on the structure. The theater was empty. Salvador Dali set to work and restored the building, as a significant object of his memories.

After the restoration, the artist moved here, and stayed until his death. The body was buried here, in the crypt of the museum. Most of the original paintings are in the halls of Torre Galatea Figueras. Annually tourists from all over the world are eager to visit the museum of Salvador Dali. 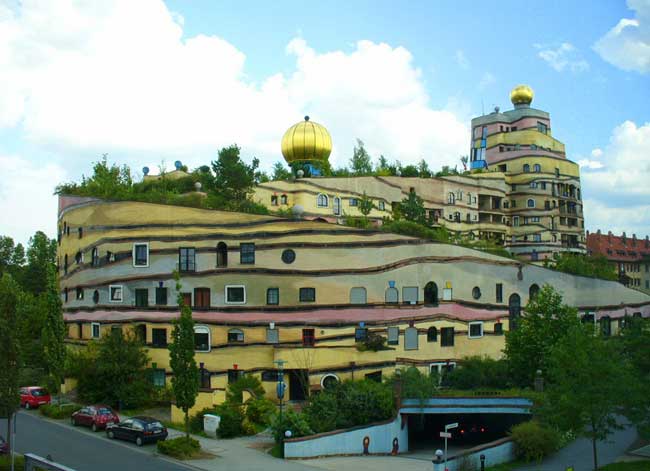 The house-cubes were built in Helmond and Rotterdam according to the project of the architect Pete Blom in 1984. The unusuality of buildings is that the artist turned the usual parallelepiped at home, put it at an angle to a hexagonal pylon. In Rotterdam there are 38 articulated cubic houses. If you look at the complex from a bird’s eye view, you can see an amazing phenomenon — an impossible triangle. For those who wish, some residents arrange excursion tours inside houses consisting of three floors — an entrance in the basement, a living room with kitchen on the first, two bedrooms with a bathroom on the second and a garden on the third floor. The total area of the apartments is about one hundred meters. The walls and windows are 54.7 degrees inclined towards the floor.

The Basket Building is an office building in Ohio. Perhaps, this is the most unusual structure in the world for placing offices in it. One has only to imagine how every weekday morning you go to work in the ..corner … The idea of building an unusual building was proposed by the producer of such baskets — Dave Longberger. The idea was not immediately supported, but the owner of a large company was very insistent on his. Investments of $ 30 million, two years of construction — and the world has an office building with a total area of 18,000 m2. When Longaberger died, his heirs refused such construction, but the original buildings still function, including a number of offices.

In each of these houses there is the Internet, no matter what the Internet in the Moscow region, or in European oblozhosti, but it works everywhere perfectly.