The Kutsayoki River flows in the south-west of the Murmansk region near the Finnish border in an uninhabited area. This river flows from Lake Nivarivi, and then, merging with Tuntsayoki, forms a river called Tumcha, which then flows into the Iovo Reservoir. In length this river is small — 44 km at a width of 20 to 60 m and it can not be called deep — the average mark does not exceed one and a half meters, there are, however, areas with a greater depth — up to 6 meters. 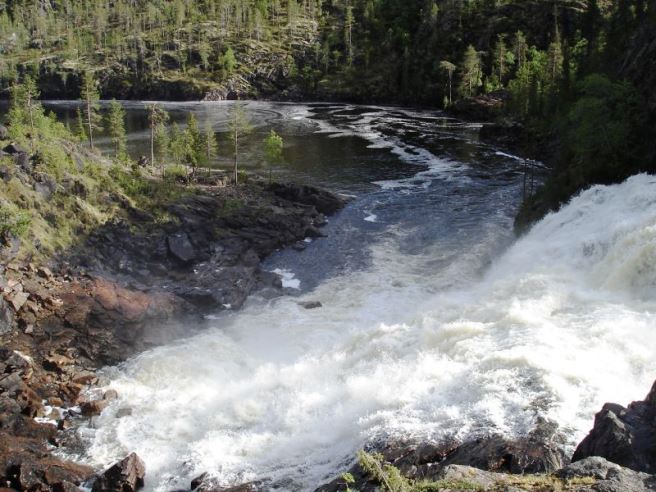 It would seem that the usual river, but still fans of water tourism are very fond of Kutsayoki. The thing is most likely that, despite its small size, this rivulet is one of the most beautiful and complex rivers of the Kola Peninsula. It has numerous rapids and shivers, which are formed by rocky outcrops, as well as two large picturesque waterfalls that are passable for water tourists.

Small Yaniskengas, which in tourist toponymy meets as «Oba-Na» and has a height of 10 meters and at the same time belongs to the most difficult — 6 categories. The second waterfall — Bolshoy Yaniskengas has a height of 20 meters and the popular name «Mamanei». On this waterfall there are 3 steps and it is no less complicated than the «younger brother». The peculiar insidiousness of these objects is attached to the fact that they are visually insensitive and virtually invisible from the influx.

The vicinity of the river is characterized by a complex and diverse relief, and if you move slightly away from the stony shore, you can meet a fox, a wolverine, a hare, a wild boar, a marten and many other animals. In the river Kutsayoki there are such fish as pike, grayling, burbot, salmon. 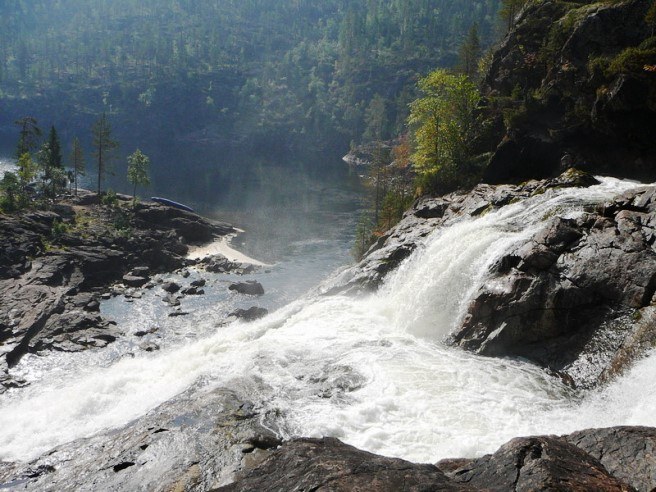 All these factors together have caused the popularity of this small river among kayakers and kayakers. However, this happened recently — after the opening of the border zone in the early 90s of the last century. And since the river flows near the border and the Kutsa reserve, no special passes are required to visit it. However, even the difficulties with documenting do not stop many tourists who spend 10 days on the river and dream of returning to these picturesque places in a year.