In the Bering Strait between Chukotka and Alaska there are 2 islands of Diomid — Bolshoy and Maly, the first belongs to Russia and is better known as Ratmanov Island, and the second is the island of Kruzenshtern — to America. Between these islands, which are located 4 km from each other, there is a state border and a line for changing dates. 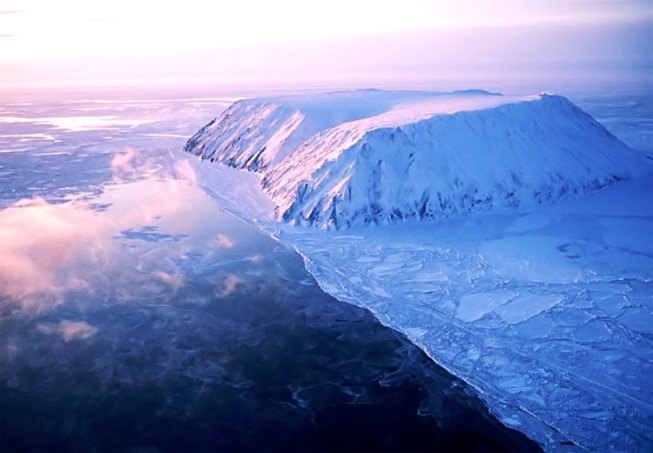 The islands were named after the Christian martyr Diomid — on the day of the memory of this saint in 1728 by V. Bering’s expedition and one of the islands was discovered. A few years later the islands were mapped by I. Fedorov and M. Gvozdev, and since then it has become a tradition to call these two islands by the name of Gvozdev. Modern names were given to the islands in the early 19th century.

Until 1867 — the year of sale of Alaska — the island belonged to Russia, and after the transaction, the Diomedes were divided and the Russian-American border crossed between them. The Eskimos appropriated the name Imaklik to the western island, which means «surrounded by water», the modern name of this island appeared in honor of Makar Ratmanov, a Russian navigator. Big Diomid with an area of about 29 square meters. kilometers is the easternmost point of our country.

The permanent population is not there, except for the frontier post, which is the first in the country to celebrate the New Year. The area of the small island is 7 square kilometers and the Eskimos call it simply Ingalik — which means the opposite. On the island there is a small Eskimo village, a shop and a school. 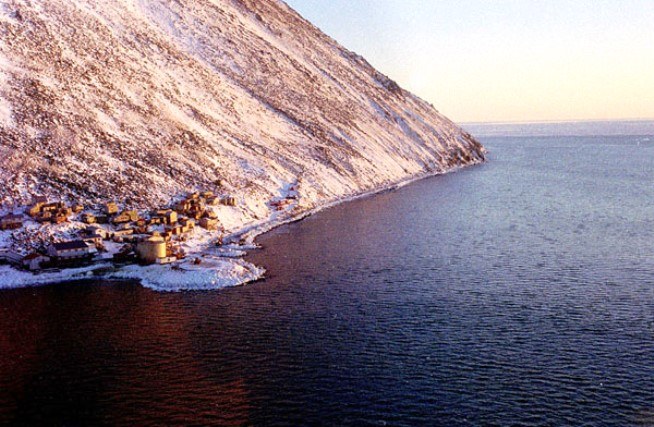 Since 1989, the agreement on visa-free travel of residents to each other is in force. But the agreement was signed back in those days when civilians lived on Ratmanov. At the present time, this position can theoretically be used by soldiers and to meet, for example, the New Year twice — first in Russia, then in America.