Mount Belukha, located in the Altai Mountains, is the highest point in Siberia. The Belukha peaks resemble in shape two irregular pyramids, the Eastern pyramid (4056 meters high) and the Western (height of 4435 meters), and between them there is a depression, whose altitude is also quite high — 4000 meters. Above the top of the Belukha there is only the Keyhole, located on Kamchatka. 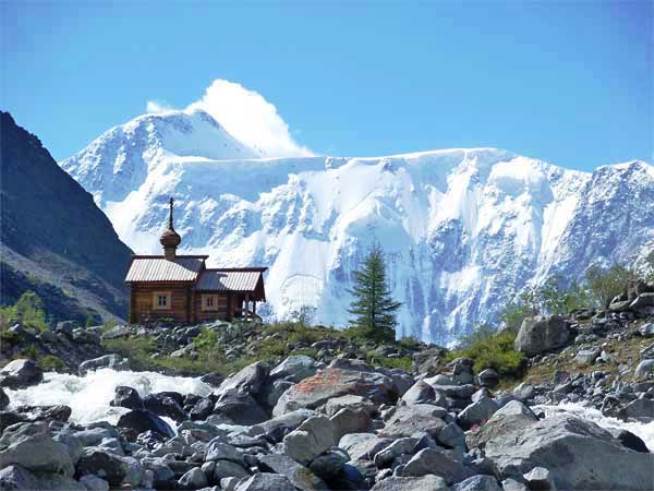 However, not only its height attracts a mountain. The first time seeing this mountain, a person is overflowing with delight. Even among climbers, one can often hear an expression that has become true: Belukha is not for decor, but for the soul. From the very bottom of the mountain there is a feeling of brotherhood and full openness with everyone, which is felt even at a great distance from Belukha.

Also Belukha Mountain is considered a sacred mountain, especially among Altaians, who greatly revere it. This is because the Belukha is not just a mountain, but a mountain that receives information from space. The received information is converted by the mountain and spread to the whole Earth. People come here specially prepared, in harmony and connection with nature, in order to «communicate» with the mountain and get the information that it bears. It is noticed that the mountain has a calming influence on man and thanks to it the sensitivity and love of people to nature, a sense of harmony, increases.

Speaking of Belukha, it is impossible to mention, and about her famous admirer, the famous artist, Nicolae Roerich. For the first time he saw the slopes and peaks, the foot of the mountain, he was fascinated by the surrounding landscapes, caves and their secrets. He wrote many pictures dedicated to the heart of Altai and its landscapes, thanks to which, the Belukha mountain became even more popular, even among foreigners. 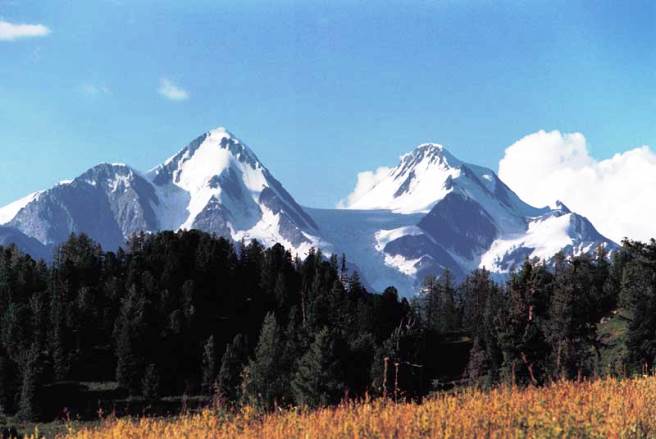 It’s amazing that even in spite of the harsh climate near the mountain, when during the short and cold summer with rains the temperature reaches a minus mark, and on the tops and up to 450С with a minus sign, people still come here. Belukha Mountain and the nearby Paradise territory since January 2000 have become the «Belukha National Park».