Today, most of us have heard of Elbrus as the highest mountain peak that is located on the territory of the Russian Federation. But very few people know that this is also a volcano that has been «asleep» for about 2 thousand years. Its height reaches 5642 meters, and therefore Elbrus is considered the largest mountain not only in the Caucasus and Russia, but also in Europe. 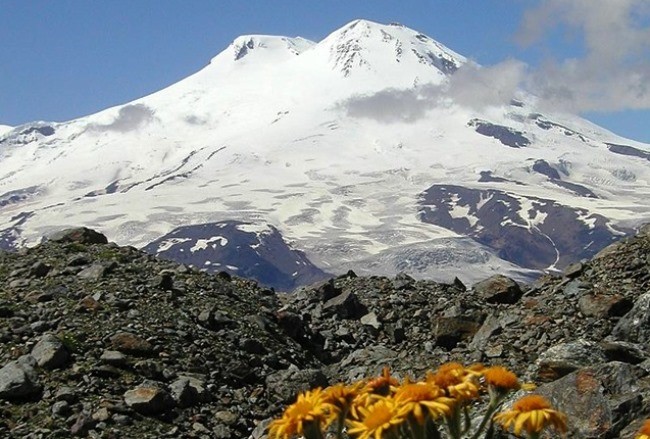 It is believed that the mountain name Elbrus was borrowed from Persian mythology about the legendary Persian mountain. But the point is that the Persians called so many mountains. Although other people Elbrus called differently, for example, Georgians called it the Snow Mane, while the Circassian called this mountain the Happiness Mountain.

It can be seen from the fact that in the time of the ancient Greece Elbrus was an active volcano, and its eruption was heard even there, the Greeks considered, in this uninhabited place Zeus chained Prometheus to the mountain. But, true since Elbrus fell into a hibernation, although the weather on the top is very harsh, here the strongest winds blow.

Ascent to the top of Elbrus is not technically difficult, but, nevertheless, climbers die every year because of the weather, as they do not appreciate the summit and are not prepared for climbing properly. Elbrus has two peaks, one peak is 5642 meters, and the second is 5,621 meters, but the two mountain domes, covered with ice, merge into one, and tens of valley glaciers that descend down from it branch off from it. 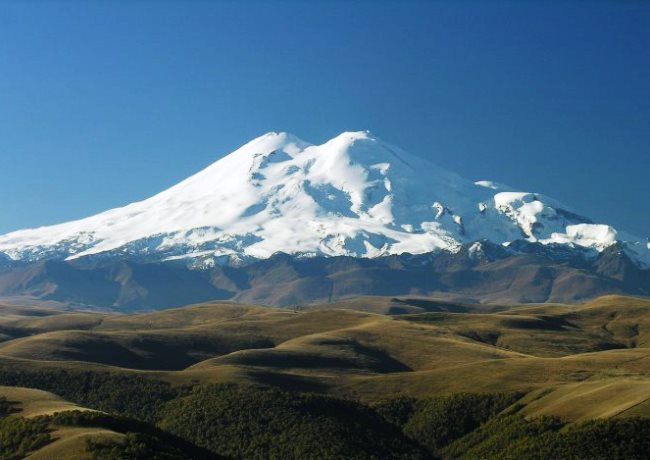 Already at an altitude of 2500-3000 meters glaciers, the area of which is 144 square meters, begin to melt and thus feed the origins of the Kuban and Terek. In 1929 the summits of Elbrus were conquered for the first time. At that time, reaching the summit seemed almost impossible. Today you can observe the intense movement on the mountain, sometimes you can see how hundreds and hundreds of people rise to the tops at once. But on the height of 3600 a cable car is laid.