Ural idols on the plateau of Man-Pupu-Ner

On the territory of Russia in the Republic of Komi there are seven unusual stone idols with a height of not less than forty meters. Legends of peoples living in these parts tell that they are petrified evil giants. 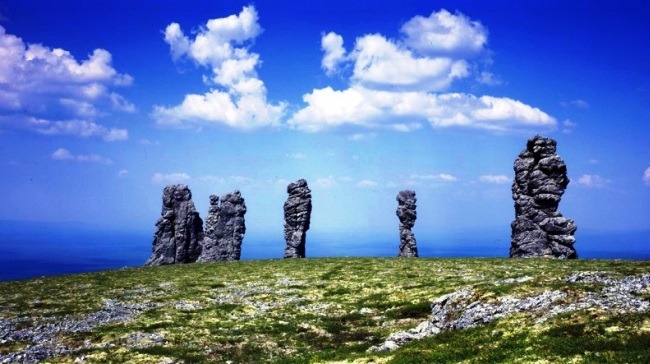 From ancient times the local people worshiped these seven stone pillars. The pillars aroused fear and reverence in people. In the figures you can see the most diverse people. Here you can see the war, and the woman, and the old sage. The pillars lined up at the edge of the cliff. In ancient times, on the plateau of Man-Pupu-Ner, where idols are located, only shamans were allowed to climb, which were recruited there.

According to legend, these pillars appeared when seven giants went to the land of voguls to kill all the local tribes. They were stopped by the sacred mountain Yalpnginger, when they saw that they were all petrified. Another legend says that the beautiful daughter of the leader came bears giants, but the brave hero turned the giants into stones. It is also sometimes said that a figure with a raised hand is not a giant, but a shaman who uttered a spell against giants and himself remained standing with them forever. On the plateau of Man-Pupu-Ner there are many sacred places of Voguls.

In fact, these figures are located on the Ural mountain range, it is one of the oldest on the planet. Over the years, soft rock has gradually eroded and washed away by rain, leaving us with amazing stone pillars of hard rock that will frighten locals and attract tourists. 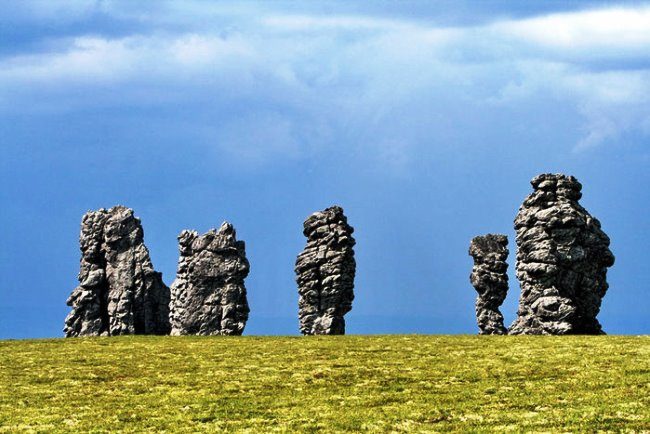 In order to get to the plateau and look at the legendary pillars, you need to obtain permission from the reserve administration. These pillars are included in the seven wonders of Russia. You can get there only by walking routes, and only trained tourists can cope with them.