A big blue hole is a paradise for divers

Blue holes are called underwater caves and along with them karst funnels, which are located below sea level and filled with water. The hue of the water in these funnels is darker and more saturated than around and they are an amazing sight. The big blue hole has no rivals in diameter, and the depth is a little bit of the Blue hole that is in the Bahamas. 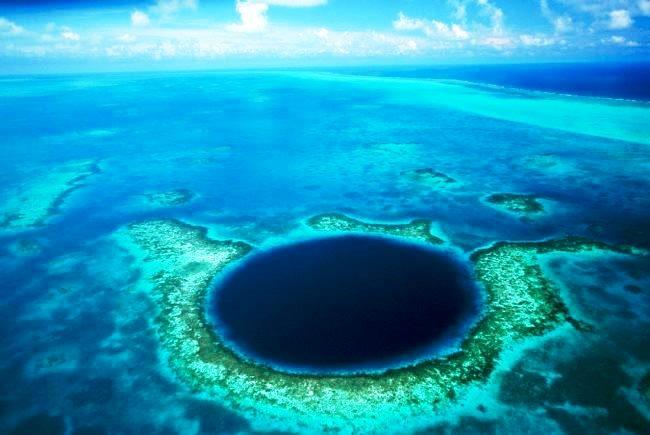 Such accurate data are known due to the famous researcher Cousteau, who in the last century arrived here on his Calypso ship and the expedition members descended into the bowels of holes on single-seat submarines. At depth, massive stalactites were found, which are located at an angle of 10-13 degrees to the vertical. This fact indicates a geological shift and an inclination of the underlying plateau.

This discovery of the expedition confirmed the existing theory of hole formation, which was expressed earlier — the precursor of this karstic funnel was a system of limestone caves that were formed during the last ice age. At that time, the sea level was much lower, but later the ocean rose and poured the cave. About ten thousand years ago the arch of this cave collapsed, so a unique object was formed — the Great Blue Hole. 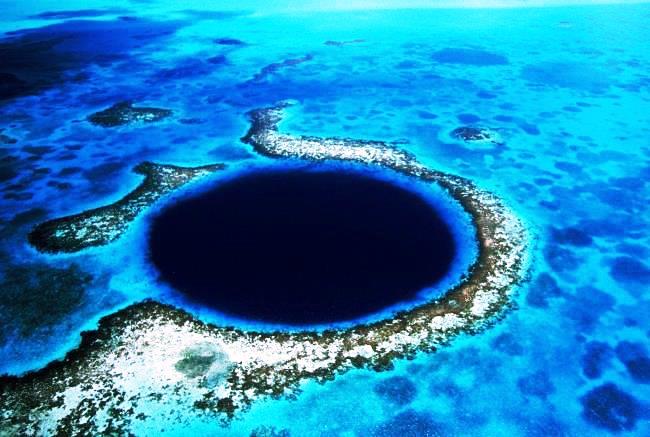 Diving within this facility is possible for divers of all levels, but beginners are nevertheless recommended to cross the 10 meter depth mark. This, however, does not mean that inexperienced divers can not see the most interesting — the representatives of the marine fauna — they just live in the upper layers of the water, and at the more impressive depths of representatives of the fauna is practically nonexistent.