Crimea is a unique and amazing place, especially from the point of view of natural beauty. On the territory of the mountain range called Chatyr-Dag is located one of the most beautiful European caves — the Marble Cave. It was discovered recently — in 1987 it was discovered by speleologists during the expedition. 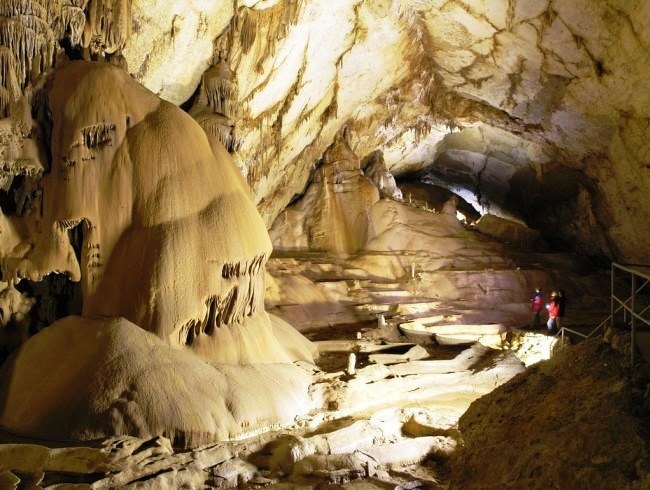 The Marble Cave is a grand city built by nature and has a gallery of halls. Already by 1989, there were built tourist trails, and the cave became open to tourists. Marble cave rightfully belongs to the seven wonders of Ukraine — the length of all the investigated halls is approximately two kilometers, and the depth of occurrence in places reaches 60 meters.

All routes from the Fairy Tale Gallery begin. Its name is not accidental — the stalactites were formed in such a way that they resemble fairy-tale creatures. The next gallery called The Tiger Turn was also named not accidentally — in it was found the skeleton of a lion, which was originally taken for the remains of a saber-toothed tiger. This gallery is divided into several rooms with beautiful openwork walls and waterfalls made of stone.

Behind the Tigrov Hall is the Perestroika Hall, over a hundred meters long and 28 meters high. On the walls of this gallery, the flowers of their corallites are arranged in a chaotic order, and stalactite columns rise from the floor. From the observation platform a unique view opens up to the Palace Hall, where there are two figures reminiscent of the monarchs. In the lower gallery there is a mineralogical museum. 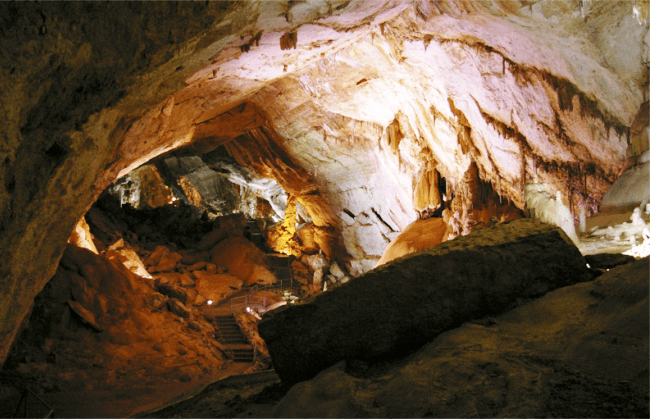 In the Marble Cave there are a lot of halls that are of interest not only for tourists, but also for professional speleologists. Currently, the cave can safely be called a world landmark and some speleologists, not cunning will make it into the top five most spectacular caves in the world.