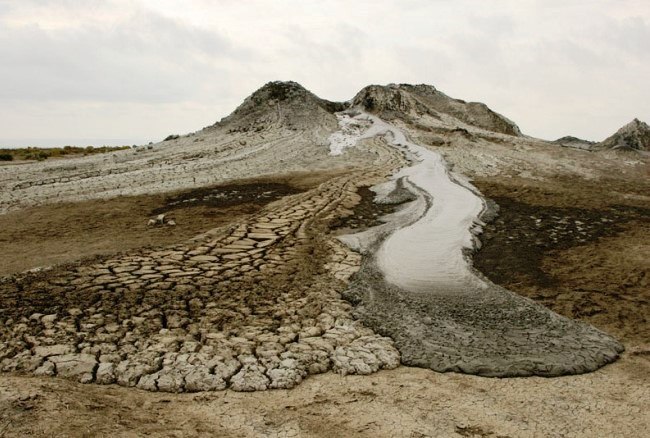 One of the largest mud volcanoes was called Rotten Mountain. It is located in the immediate vicinity of the city of Temryuk. Since Rotten Mountain is a volcano more active than Mount Misk, it has become more widely known. This volcano is more like a plateau than a mountain: the diameter of its peak is more than one kilometer.

At the top and there are many cones and vents — these are miniature volcanoes. Even there are even small puddles of gurgling dirt. Soon around them a cone of clay will form, and these puddles will become hills. The awakening of one or another volcano is constantly observed, and some of them are constantly trickling. The cone, whose name is Hephaestus, in the spring of 2010 woke up and began to erupt mud streams 30 meters high. The air was filled with methane, and a small spark could cause a flash in the air. 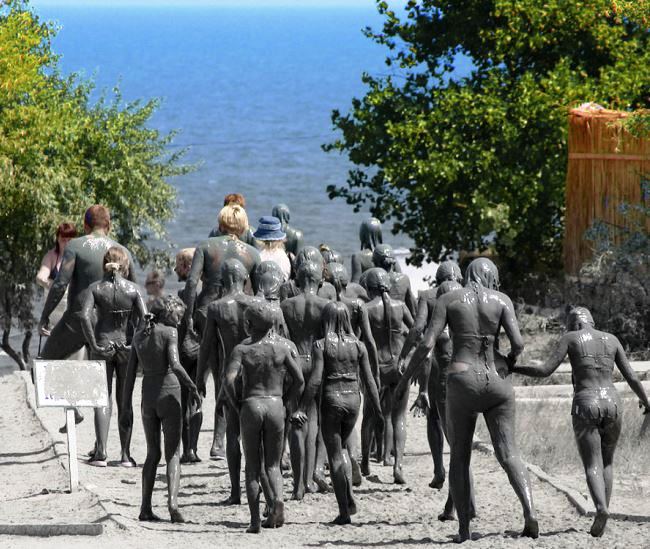 Volcanoes of the Caucasus are supposedly not dangerous, since for the whole time they have never done harm to the population or holidaymakers. You can only fall into curative volcanic mud when you walk on the rotten hill, and there will be no big trouble. In addition, the mud of Rotten Mountain has a temperature of not more than 14 degrees.

In the sixties of the nineteenth century, near these volcanoes, the first mud baths were established. Here, mud baths treat such diseases as rheumatism and nervous system disorders. So they call therapeutic mud volcanoes Taman. Scientists believe that the depths of Rotten Mountain are rich in oil and gas.