Rift of the Galápagos

Clubs of steam above the water surface is an eloquent testimony that at this moment the incandescent volcanic lava from the bowels of the Earth is poured into the icy waters of the mighty Pacific Ocean. In 1977, a group of scientists on the Alvin bathyscaphe conducted a study of the «ice» abyss of the Galapagos rift at 390 km in the northwest of the Galapagos Islands located in the Pacific Ocean. 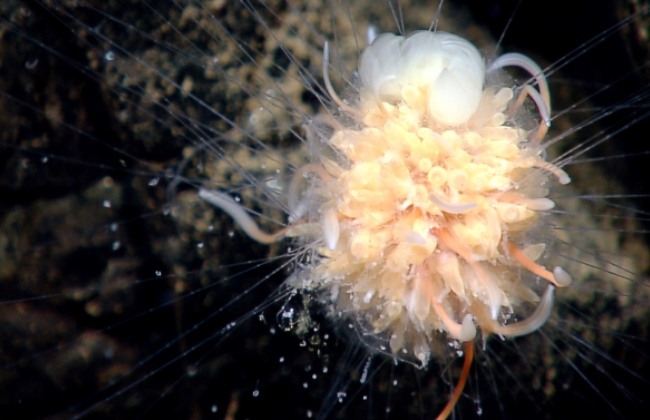 Scientists well knew that at a given point of the globe tectonic plates forming the earth’s crust are regularly removed from each other. The speed of the plates is about 20 cm per year. Formed between them is the void striving to occupy the hot liquid lava. In contact with the cold waters of the ocean, it freezes, and the result of this process is that on the bottom appear new formations — rocks, its shape similar to pillows. The team «Alvin», these new rocks were discovered at a depth of 2 thousand 600 m. At the same depth before the expedition appeared an amazing life, where in the darkness inhabited by creatures unknown to science.

In inhospitable deep ocean abysses live such organisms that can exist without solar energy. They do not need vision or pigmentation. The water pressure in these depths is 100 times higher than the air pressure in the tire of the car, and the temperature for the whole year is 2-4 ° and higher does not rise. But, nevertheless, in this seemingly life-deprived environment, there are oases of heat near which the ocean life is bubbling. Through the clefts of the petrified basalt, warm mineral springs beaten, which gave rise to unique forms of life that do not need sunlight.

The Galapagos rift has 5 similar oases. Of the four under the hot water beats, but the fifth oasis, alas, became a lifeless zone, here the temperature above zero does not rise. The heat that once existed here is now indicated by shells of mollusks located in the crevices between the «pillows» of basalt. 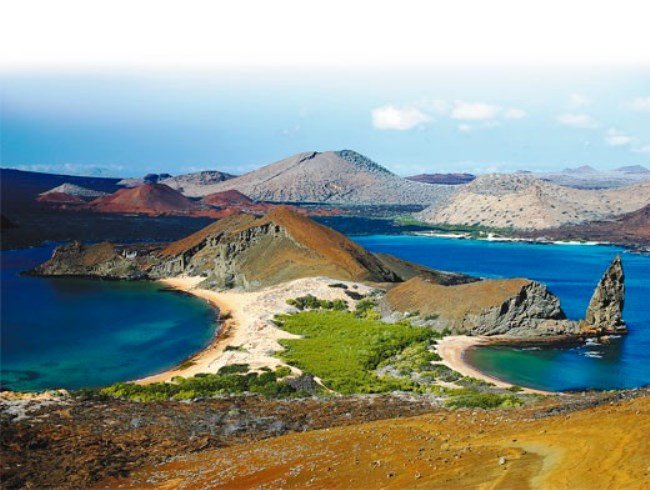 But on the basalt oases, there are numerous colonies of giant shimmering bivalve mollusks. Shells of these mollusks are white, and the muscles are scarlet from hemoglobin. Near these giants are scattered mountains of mussels, and they are surrounded by whole armada of blind crabs. Worms-Serpulids and Galatea crayfish filter out food from the water, and coral organics and saucers firmly adhere to the surface of local stones. There are some strange creatures, very similar to the white fluffy dandelion and living spaghetti-like organisms.

Right there on the Galapagossa rift there are red tubulars of fairly large size — these are white tubes and reach a length of 3 meters, on the back of them a bright red process. These tubulars do not have mouth and intestines. Due to the bacteria characteristic exclusively for their habitats, tubulars suck in oxygen, hydrogen sulphide and carbon dioxide, as well as other useful microelements through 300 thousand sensitive tentacles at the tips of their bodies similar to the tube. Due to the minerals, iron, barium, calcium, copper, zinc, lithium and manganese are stored here in a huge concentration. Only forty years have passed since the destruction of the hypothesis of the ocean floor as a desert devoid of any form of life. The presence of an extremely rich and complete diversity of fauna in the ecosystem of the Galapagos rift was proof that nature keeps a lot of secrets from a person.