Set Travel > Blog > Church of the Ascension in Kolomenskoye village

Church of the Ascension in Kolomenskoye village

The Church of the Ascension in Kolomenskoye village is one of the outstanding works of art of Russian architects. In the stone architecture of the 16th century, the discoveries of the new national style were particularly pronounced in the construction of tent churches. 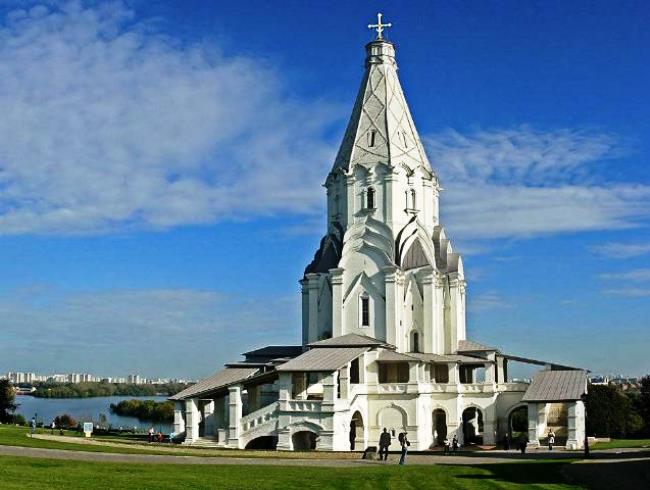 The height of the Ascension Church is 62 meters and with its powerful three-meter walls it could easily turn into an ordinary stone block, but the architect managed to give the structure incredible lightness. The snow-white church stands on the edge of the cliff and as if flies over the Moscow River.

In every detail, be it kyle-shaped kokoshniks or beads on the tent, one feels the architect’s desire to give his structure some aspiration to the sky. Inside the church is spacious. The original device of windows allows to fill an internal space with light. If viewed from the outside, the windows are located on each face and on the tent.

As they say in the old legend, the church was built by vow — Tsar Vasily III promised to build a church if he had an heir. After the birth of Ivan (the future Ivan the Terrible) in the village of Kolomenskoye and erected this church. It is worth noting that the Russian tsars and princes loved the village of Kolomenskoye. His story began in the 13th century, when defenders of besieged Kolomna killed Genghis Khan’s son. After that, the city was captured and the massacre began, and those who could escape stopped in the forests near the Moscow River. This settlement began to be called the Kolomna village. 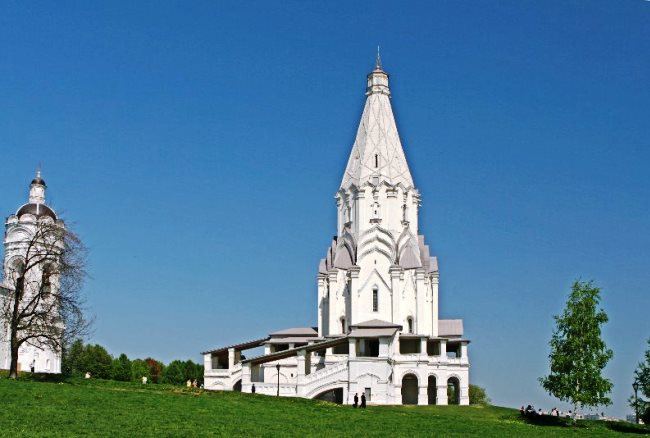 Ascension Church keeps many secrets. It was in it was found the miraculous icon of the Mother of God, it is here, as assumed, is the library of Ivan the Terrible. By the way, in 1911, from the lower floor of this temple Stelletskiy, the scientist cave explorer began searching for the legendary library of Ivan IV. Under the temple, he discovered an underground passage and many storage facilities, but the First World War and the subsequent revolutions placed him in his work.