On the way to the Altai Chert’s finger

Among the tourist centers and attractions of the Altai Territory, a special place is occupied by the Devil’s Finger Mountain, which lies in the valley where the Iset River flows. The peculiarity of this monument of nature is its peculiarity that from a distance this mountain is quite similar to a human finger sticking straight out of the ground and creating a unique landscape against the background of the surrounding nature. 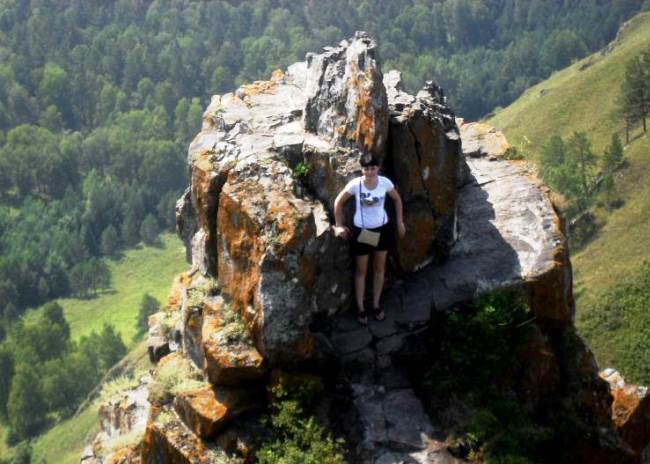 In addition, those who really want to admire the beauty of the Altai nature can appreciate it, having risen to the top of the Devil’s Finger. The climb is not difficult enough and is accessible to almost anyone, even an unprepared tourist. And in order to get to this miracle of nature, all travelers are recommended, having reached the village of Beklenishchevo.

Then go down to the left bank of the Iset, and then downstream at least three kilometers, where the river makes a sharp turn to the south. It is in this place that you will see the famous Altai Mountain Devil’s Finger. The total height of this rock above the surface of the Katun River is more than 250 meters, although, according to other authors, if measured from the so-called «Baltic Footstop», the height of the Devil’s Finger almost doubles, and already amounts to as much as 520 meters. 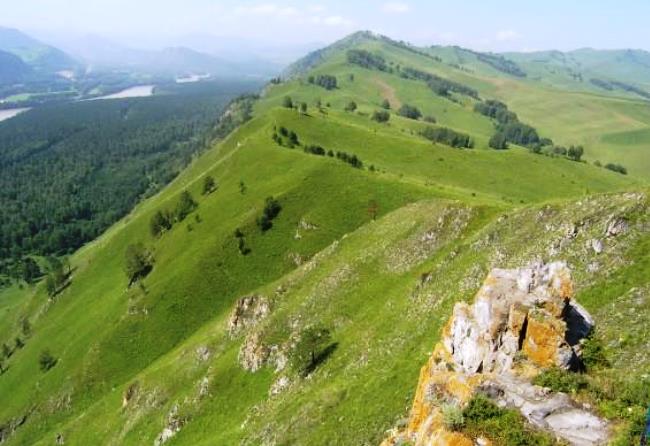 Another attraction of these places is the almost unique lake Aya, which is named after the village of the same name, located 25 kilometers from the regional center of Gorno-Altaisk.

Aya in translation from Turkic means the Moon, because in form it resembles this satellite of the Earth. A feature of this lake is the fact that in summer its water warms up to twenty or more degrees of heat. With this in mind, unlike other rivers and lakes in the Altai Territory, you can safely bathe in this lake.