Set Travel > Blog > Kuril Lake — the lake in the caldera

Kuril Lake — the lake in the caldera

This lake is a vivid example of the quaintness and uniqueness of the nature of Kamchatka. Located among the volcanoes, it feeds on warm underwater springs, which attracts to it not only fish during spawning, but also predatory bears, as well as great lovers of salmon. 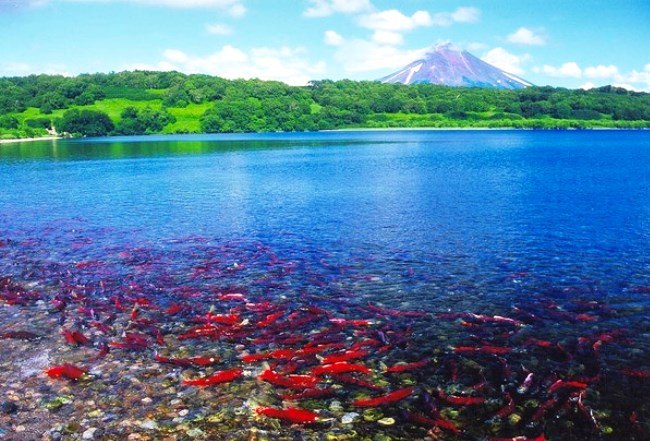 Kuril Lake is indeed unique to the nature of Kamchatka. First of all, that it was formed in the so-called caldera, a large hollow formed as a result of the collapse of the volcano crater after its eruption. That Kurilskoe Lake was formed on the site of the crater of an ancient volcano that was active even in the Pleistocene era, and now located between the two more «young» volcanoes of this region, which today are called volcanologists Ilyinskaya and Kambalnaya hillocks.

By its size, the Kurile Lake is considered the second freshwater lake of the peninsula and covers an area of more than 70 square kilometers. At the same time, being quite deep, and at a maximum point of 300 meters in depth, the Kurile Lake is a fairly large freshwater storage facility, which is mainly formed by rainwater, melted snow and a mass of small streams draining from the rocky shores of the caldera. 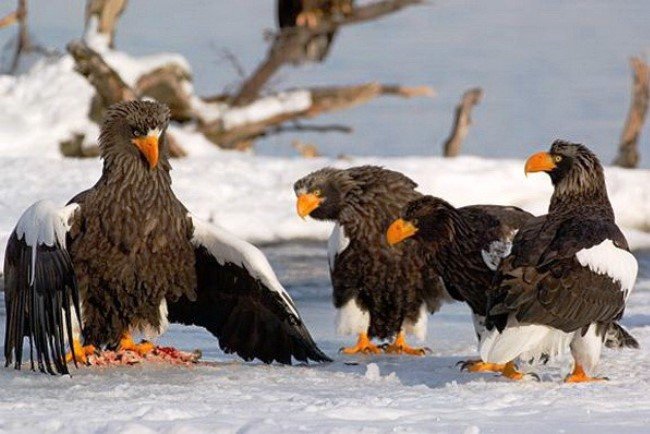 Another attraction of the Kuril Lake is the fact that it is one of the largest spawning grounds for such a valuable fish species as salmon. Taking into account the fact that underground sources almost all year round warm the water of the lake and the delta of the Ozernaya River, where it flows into the Sea of Okhotsk, warm water attracts huge schools of salmon every year to spawn.

This circumstance has not only importance for local bears who are not averse to eating fresh fish delicacy, but also in the fishing plan for many fishing enterprises in this region.