Lake Troitskoe is located in the crater of Maly Semyachik volcano

Those who sometimes have the opportunity to visit the Kamchatka Peninsula, simply dream, among other beauties of this region, to look at the Troitskoe lake, which is filled not with fresh or salt water, but with a mixture of concentrated sulfuric acid and crystalline sulfur. If you look at its surface at a certain angle, the lake appears as a large green mirror, the color of which forms acid in a mixture with the evolved hydrogen. 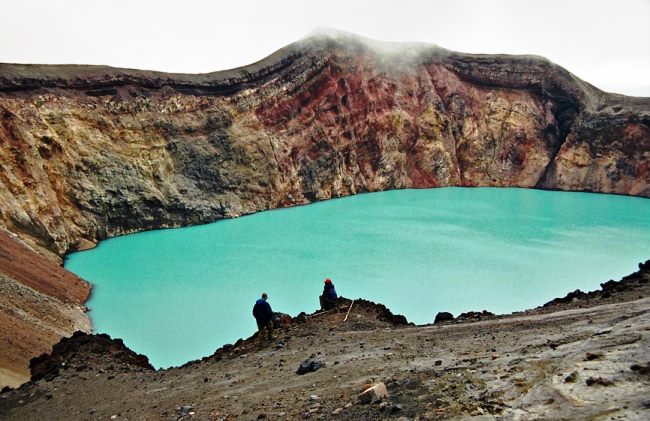 Lake Troitskoe is located in the crater of Maly Semyachik volcano, which consists of three craters of equal magnitude formed at different times with active volcano activity. So in particular the most ancient of them, the so-called Kaino-Semyachik has an age of more than 8000 years. And the crater in which the lake Troitskoe is located, by this standards, is the youngest, it is only 400 years old and even today it shows activity in the form of changes in the state of the water surface of the lake.

However, the greatest uniqueness of Lake Troitskoe is its acidity. This factor is determined by the fact that volcanic gases rising from the depths of the volcano mainly consist of sulfur oxide, and passing through an aqueous medium, they react with water molecules to form sulfuric acid. In this case, since sulfuric acid can not be above a certain concentration, excess sulfur is released in the form of crystals on the shores of the lake. 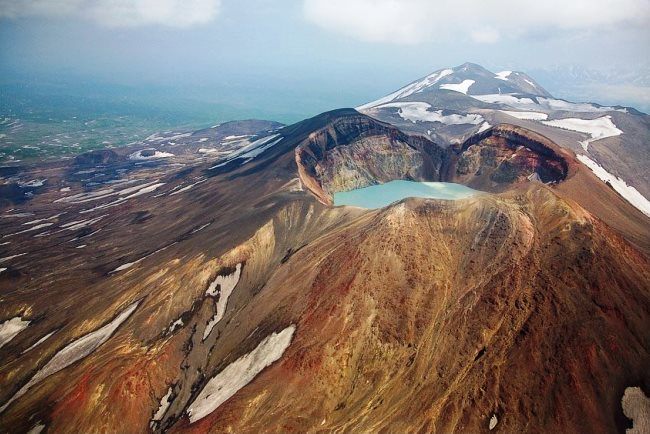 It is also worth noting such a feature of Lake Troitskoe as its not constant temperature. On average, it ranges from 20 to 60 degrees. However, since 1992, in winter, its surface began to freeze, which, according to geologists who have been watching the lake for more than a year, is a sign of a significant change in the activity of Maly Semyachik volcano.