The vicinities of Kislovodsk are rather difficult to reproach in the absence of those or other sights. It is not for nothing that for many years this city is one of the largest balneological and climatic resorts of the Russian Federation, second only to the resorts of the glorious city of Sochi. 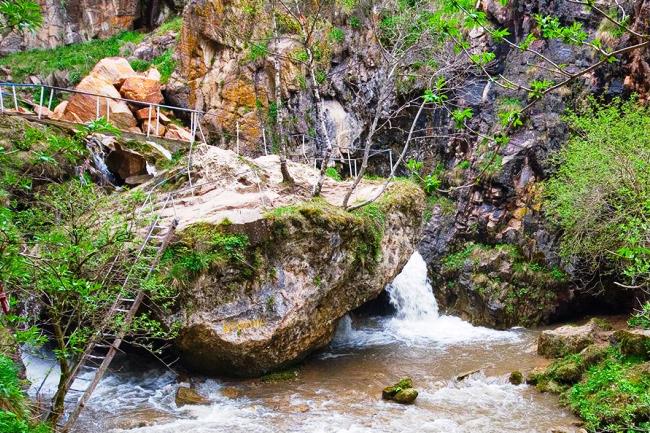 Kislovodsk is located in the foothills of the North Caucasus and is a high mountain resort city, since it is geographically located at an altitude of more than 1200 meters above sea level, and its origin and name is due to the unique mineral water source of Narzan and the Russian military fortress founded here in 1803 during the Caucasian period war. At the same time, the high-mountainous climate and the city’s security from the harsher climate of the mountains gave it exactly that significance of the resort city, which brought him fame.

Given that the mineral water of the Nazran source belongs to the acid group, which is due to the chemical composition of the soil and rocks through which it flows, it is exactly the name of the city that was named Kislovodsk. And the source itself refers to mineral waters of the therapeutic-table type of sulphate-hydrocarbonate type with a degree of mineralization from 2.0 to 3.0 grams per liter, which makes it unique along with such mineral waters as Essentuki and Borjomi. 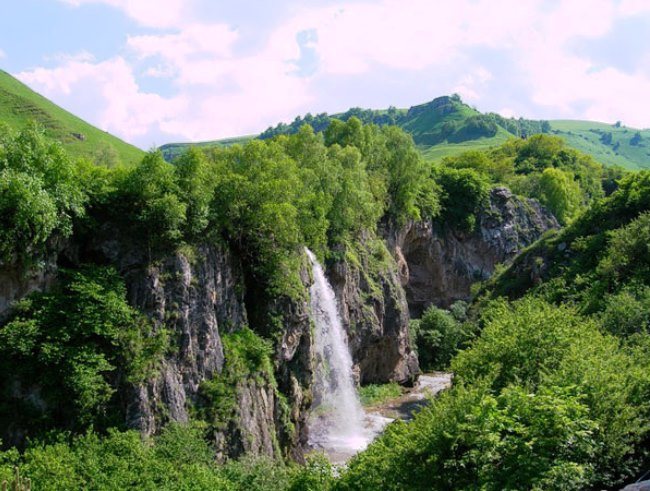 However, no less remarkable monument of nature of this region is a group of small waterfalls located not far from the city and united by the name «Honey waterfalls».

To such a natural product as real honey, these waterfalls, of course, have nothing to do with, just this name is associated with a rather attractive legend claiming that in olden times a fairly large number of wild bees, attracted by an abundance of clean water, lived here.