In the distant 1579 in the city of Kazan there was a very severe fire, and on July 8 of the same year Matrona Onuchina, a nine-year-old girl, was instructed to find in the ashes an icon that she did. On the same day, the icon was brought to the temple, and a miracle happened — the two blind men began to see. 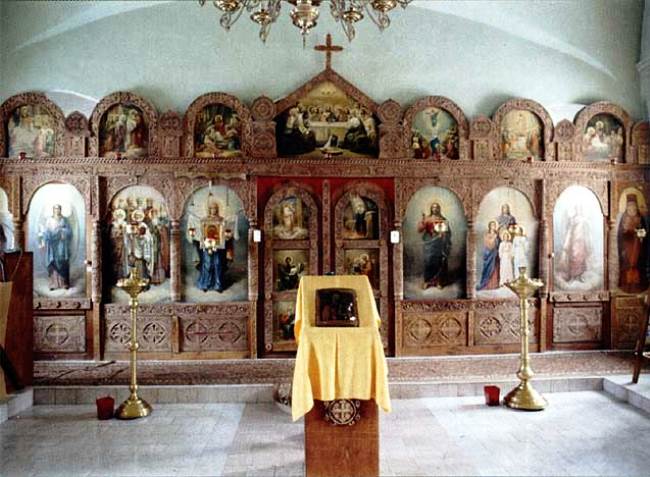 According to the decree of Ivan IV, a female monastery was built on the site of the discovery of this miraculous icon, which was called Bogoroditsky and after the completion of its construction the Icon of the Mother of God was placed in the cathedral of this monastery. By the 19th century, the Kazan Bogoroditsky Monastery in size and architectural value had no equal in the Volga region. On its territory in several hundred square meters the main cathedral, Krestovozdvizhensky and Nikolsky temples, a bell tower 55 meters high, the Sofia Gate Church, as well as economic and living quarters of the monastery were located.

The main cathedral was built in 1808 to replace the old building, which was erected in the late 16th century. The project of this great building was made by the architect Starov. The length of the cathedral reached 49 meters, width 43 meters, and height 44 meters. The cathedral was crowned with five domes in the form of a hemisphere, and three sides were decorated with columns. 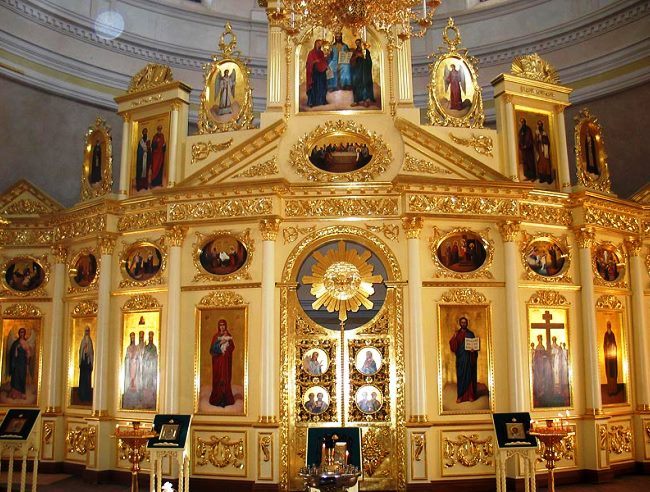 The monastery was abolished after the revolution and, since the 30s of the last century, the complex of the monastery was destroyed. A little later, in 1942, a tobacco factory was located in the monastery premises, the western part of the territory was built up with ordinary residential buildings.

The Holy Cross Church was given to the philology of the Kazan Institute. However, since the year 94 the shrine has found a new life — first the Sofia church was restored, and since 2005, according to purpose, the Holy Cross church was re-used. It was also decided to revive the monastery, but already a male.