The best builders in the 15th century were the Italians, probably, therefore, they were invited to the forthcoming grandiose construction of the facility, which, after completion, became known to all as the Moscow Kremlin. One of the main attractions and a very important object for visits and photography is, of course, the Intercession Cathedral, the famous St. Basil’s Cathedral. 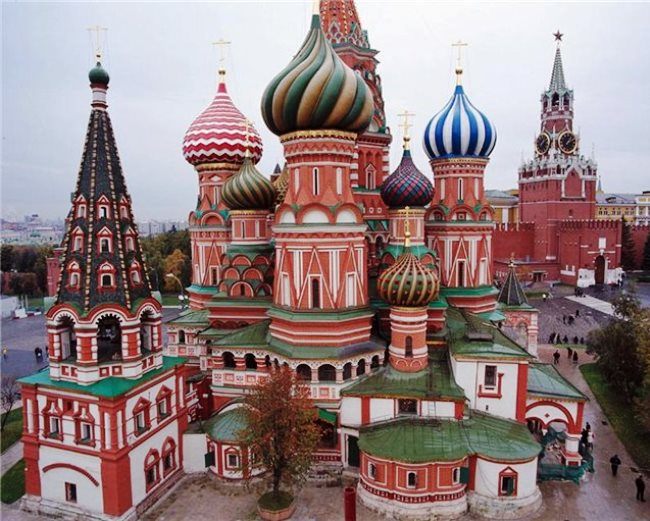 This temple was built in honor of the heroic victory of Ivan IV the Terrible at Kazan in 1552. This victory was important not only for the formidable and bellicose ruler, but for the whole country — after this victory, our homeland finally freed itself from the destructive Tatar-Mongol yoke.

The news of the victory inspired the architects Postnik and Barma to build a temple resembling a rainbow, to contemplate which is pleasant not only sophisticated. It is interesting to note that the temple was painted only a few centuries after the construction was completed.

The central tent tower of the church unites just 8 chapels. Each of them is dedicated to saints and holidays, which fell on the days of decisive battles for Kazan and freedom. Many internal premises are very small — fit in them can only five people. 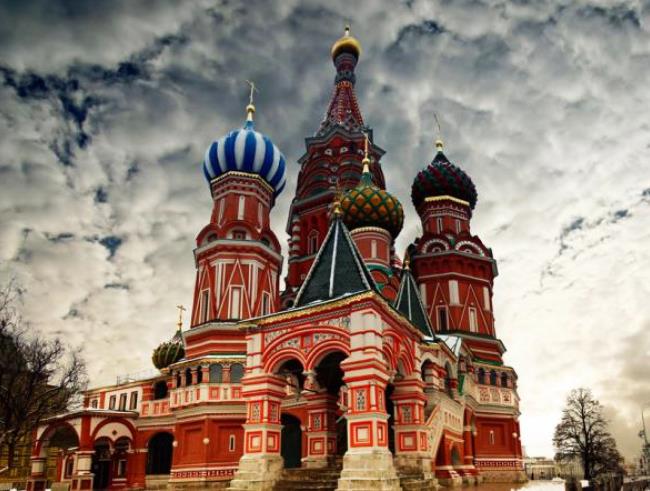 It is interesting to note that at the construction of this majestic cathedral only two stones were used — white stone and brick. A unusual, diverse unique texture of the temple domes was achieved through the use of five different profiles in the processing of bricks. The name of St. Basil the Blessed was received in the 16th century, and the blessed one was buried in the new, newly built, side-chapel of the cathedral.