Assumption Cathedral — the main in Russia 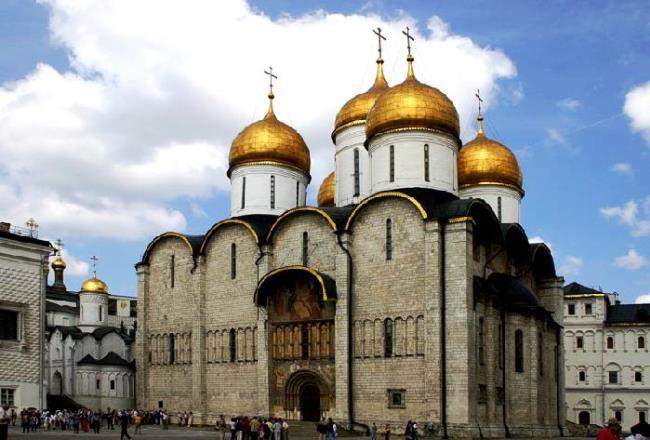 Scientists are inclined to believe that the Assumption Cathedral was preceded by three churches — the church in the 12th century, the Dmitrovsky Cathedral in the thirteenth and the white-stone temple of the times of Ivan I Kalita. For the construction of the Assumption Cathedral was invited to the Italian Aristotle Fioravanti. His journey to Moscow lasted three months. He left in the winter and arrived in Moscow in the beginning of 1475.

The Italian master examined the architecture unusual for him with undisguised interest. Most of all the Italian was attracted by the wooden carving on the casing of windows, porch and gate. Despite the fact that the journey was lengthy and difficult, the architect refused to rest and on the day of his arrival went to the construction site.

To build anew the collapsed northern wall of the cathedral, Fioravanti refused and decided to break everything and begin construction again. Under his leadership, the Moscow Dormition Cathedral was built by masons and carpenters for four years. The brick, which was used for construction, was burned in a special oven, the lime was dissolved as a dough and smeared with special spatulas. And, by the way, for the first time everything was done with the help of a compass and a ruler. 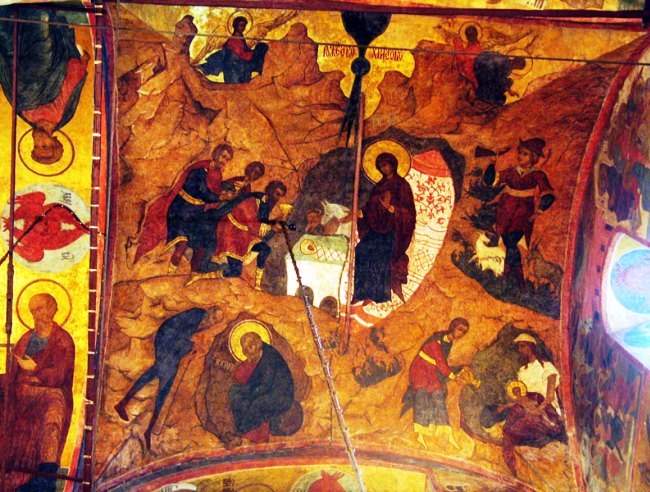 Crowned with 5 gilded domes, it is visible from all points of Moscow, although it is small in size. Very much in the Assumption Cathedral recalls the ancient Russian architecture, however this cathedral did not become a template work of architecture. The Italian was able to combine the architectural achievements of his homeland and the legacy of Russia. In the summer of 1479, the Assumption Cathedral, which became the main cathedral in Rus, appeared to the eyes of Muscovites.