The six-pillared and five-domed Uspensky Cathedral can be called traditional for Russian architecture. However, at the same time, its colossal dimensions and rather high elevated platform give uniqueness to this stunning structure. 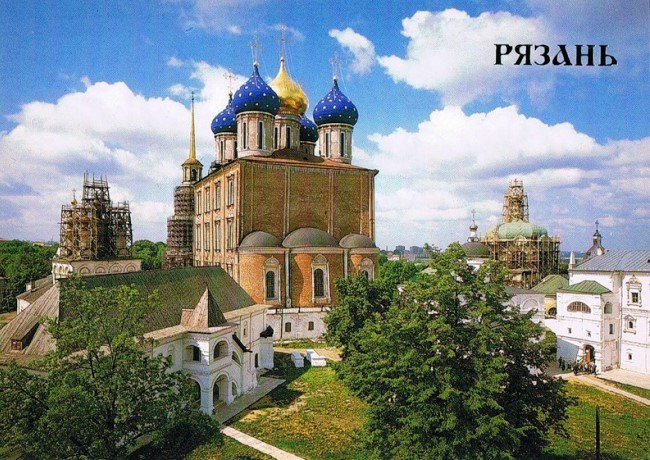 Unfortunately, from that Ryazan, which was before the Tatar-Mongol invasion, there were no architectural monuments, since the city was completely destroyed. But even so, the capital of the Ryazan principality, transferred to a new place, revived with time, became lined up and began to live on and flourish.

In the 17th century Metropolitan Hilarion decided to build the Assumption Cathedral in Ryazan. And for the right of its creation two large architects — Ya. Bukhvostov and O. Startsev — fought. At the same time, they did not even disdain vile intrigues and dirty slanders against each other. According to the surviving records, you can even say that it was not until the fight was over.

Metropolitan, in the end, chose Bukhvostov. The reasons for such a decision are unknown. However, historical evidence that the choice is still made, truly — the unprecedented size and delightful beauty of the built cathedral. The cathedral was erected in 1693 — 99 years. in the walls of the famous Ryazan Kremlin near the house of the bishop, and to this day the imagination of people is amazing. The platbands of the windows and the decoration of the cathedral’s entrances are decorated with fine openwork carvings, and the decoration made of red brick against the white-stone walls gives the temple an original contrast and picturesqueness. 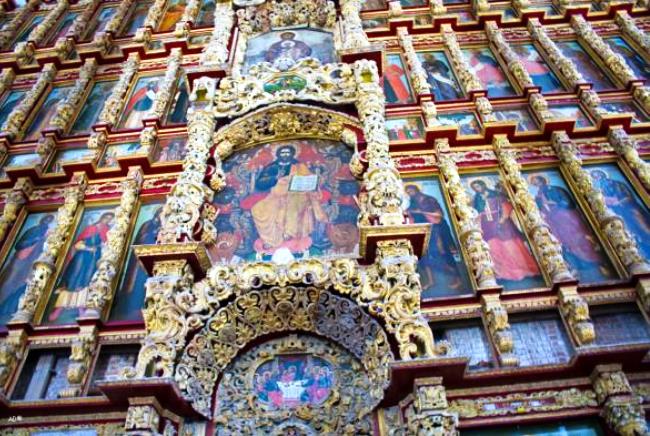 An impressive impression on the visitors is, of course, the interior of the building, which is divided by four huge columns. The carved iconostasis of the Assumption Cathedral is an outstanding monument of carving. It is thanks to the Uspensky Cathedral that Ryazan is «included» in history with the unique and stunning imagination of Russian architecture.