Kolchim stone or knights in love with Wisher

The ancient Urals is an ancient, reserved land. It passes not only the watershed, but the border where the East and West face. Many peoples have passed through these regions, leaving their legends and traditions. Here’s one of them. 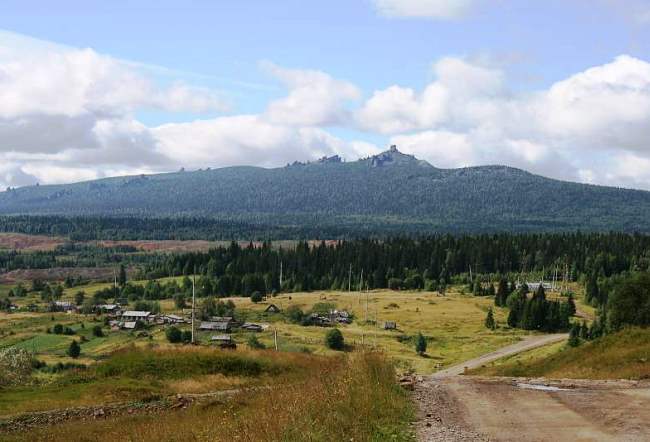 There lived two powerful heroes — Vetlan and Pole. They were strong friends, but both fell in love with the beautiful Vischer. And the heroes came out to the duel to decide who to take her as a wife. For five days the knights fought, the stones crashed around, and on the sixth day they turned to stone. She was born of tears and Vishera, and she became a river. This legend is composed of the Polar Ridge of the Northern Urals. One of its spurs is the mountain of the Rumored Stone. The people still have another name for the mountain — Kolchimsky stone.

The mountain is interesting for its kind. It has several vertices on which the remains are located. These are natural sculptures created from a stone by a master-wind. The height of some reaches 30 meters. In addition, closer to the top are the Kurumi, which are clusters of stone blocks moving down the slope. The height of the mountain (780 m) allows you to see around for tens of kilometers. On a clear day far to the east, snow-white peaks of the Ural range are visible.

Several rivers originate on the slopes of the Rumpled Stone, these are the North Kolchim, Burkochim, Volynka and Bolshoy Kolchim. The western side of the mountain is covered with a lush carpet of bushes and berry. Here you can see all the variety of taiga berries: lingonberry, blueberry, blueberry, cranberry, currant. From the east, the slope falls precipitously down, forming stone placers at the foot. 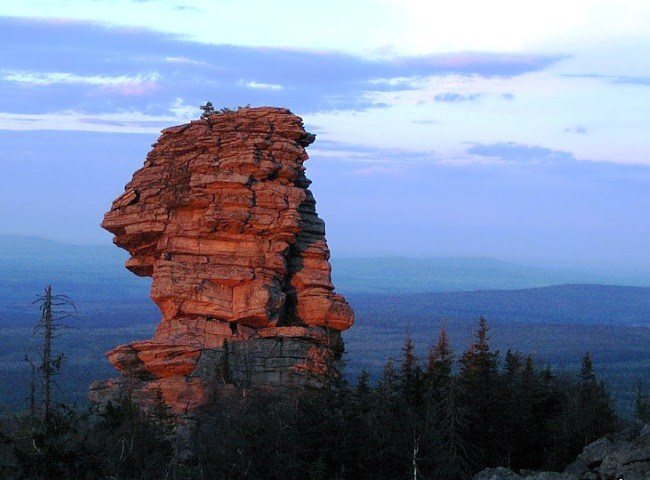 Among the sea of green taiga there are inclusions of yellow areas. These are dumps of deposits of Visher diamonds. The volumes of their production are growing every year. Magnificent views, interesting stone architecture, relative accessibility made the Rumpled (Komchimsky) stone a popular tourist destination.