The third largest church in our homeland is not in Moscow and not in the northern capital, in the town of Yelets, Lipetsk region. But, despite this, it is not inferior to the first two neither in historical, nor in architectural value. Of course, the Ascension Cathedral in Yelets is much smaller than St. Isaac’s and the Cathedral of Christ the Savior, but all the same … 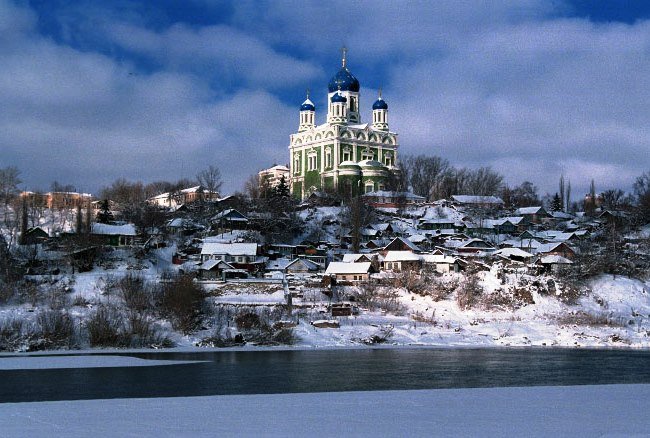 The Ascension Cathedral was built in Yelets in the middle of the 19th century under the guidance of Konstantin Ton. According to the projects of this architect, by the way, the Armory Chamber of the Kremlin, the railway stations of the capitals of Russia and a huge number of churches throughout the country were built.

The cathedral was laid in the late 19th century, and it was planned that the construction would be completed in six to seven years. However, the circumstances developed in such a way that the church was ready only in almost 50 years. And all that was planned by the architect, and was not executed. For example, the seven-meter bell tower was not built, the openwork rings over the southern and northern entrances did not find their embodiment and the walls were not finished.

Despite the fact that the ideas of the architect were never implemented, the cathedral in Yelets was a unique building. Its height with the cross is more than 70 meters, width 34, and length 84. In the temple part there are more than 200 wall paintings, canvases and icons. They were executed basically by two artists — Alexei Korzukhin and Klavdiy Lebedev. Korzukhin worked on the upper dome, painted the iconostasis itself and the top row of icons in it. His hand is made and the central image of the «Crucifixion of Christ.» 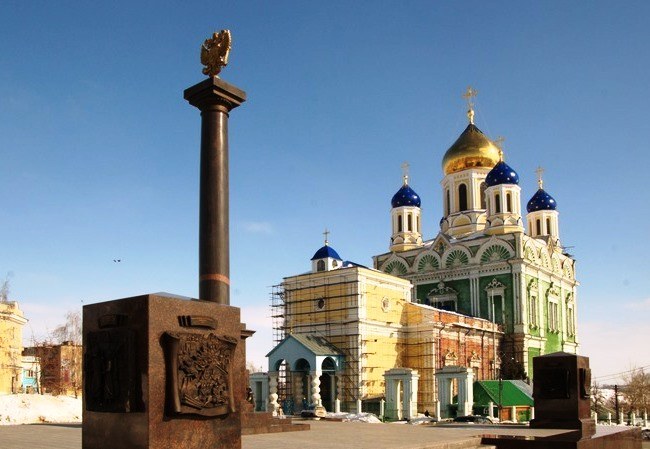 Lebedev worked on the temple for 6 years. His brushes belong to the icons of the 2nd and 3rd row of the central iconostasis, all the icons of the right and left iconostasis, as well as the painting of pillars and walls. The Ascension Cathedral suffered a great deal in the 30s of the last century, but it was not destroyed to its foundation. In 1934 he was closed down, but after 13 years his new life began.