Quarry World, this is the largest diamond quarry, which is located in the city of Mirny, which is in Yakutia. The town of Mirny is considered to be the Diamond Capital of Russia, a city in which one-fourth of the diamond landmarks are mined on the earth. 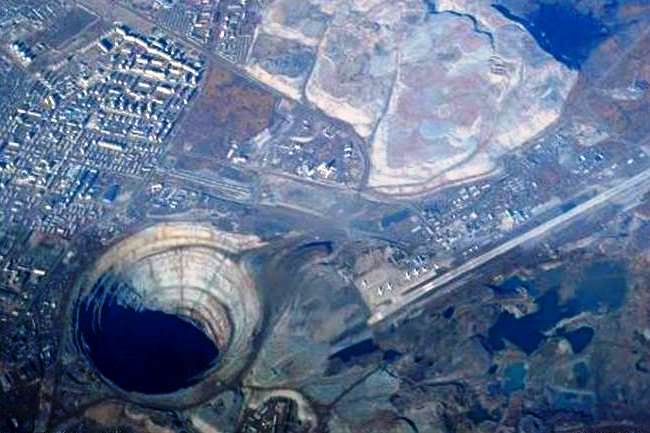 Career The world has the greatest depth on the planet. Its top diameter is one thousand two hundred meters, the diameter is fifty meters below, the depth of the pit is equal to five hundred and fifteen meters, and the length of the road from top to bottom is seven and a half kilometers.

It was here on this site that forty five years ago, the country’s first industrial diamond production started, which was recognized throughout the world and deserved to be a model of beauty and quality. Two years later, a quarry was founded here and a settlement for workers was named, Mirny.

In the legends that are among the local population there is one in which it is said that somehow God, flying in the winter cold over the Yakut land, froze his hands and dropped a large bag of precious stones. They flew across valleys and mountains, and also along the tundra. However, very long and diamonds and gold, whose deposits are so many in Yakutia, remained intact. And this is not surprising, because there is a cold pole of the Northern Hemisphere, it is here in the winter months, the temperature reaches a mark minus seventy degrees. 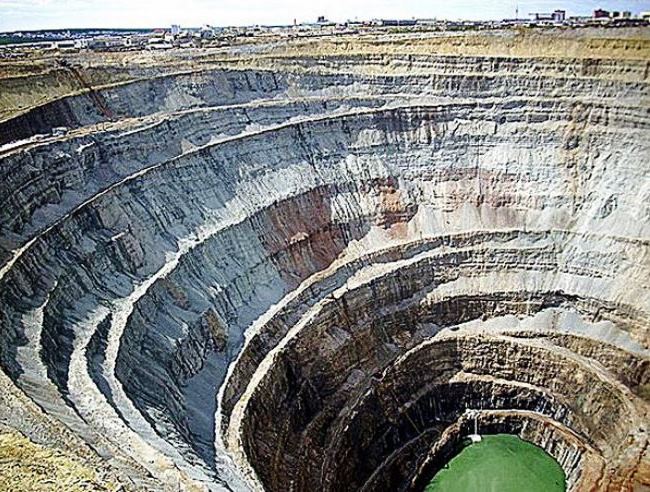 But in the fifties of the twentieth century, the Yakut lands revealed to people their unique caches with deposits of diamonds. And several generations of diamond miners have turned these places into a tremendous career. On the thirteenth of June, one thousand nine hundred and fifty-five, the members of the geological exploration expedition discovered kimberlites in the western part of Yakutia, in the lower reaches of the river Irelets, they were diamond-bearing rocks. The then discovered kimberlite pipe from that time began to be called very simply — «Mir».