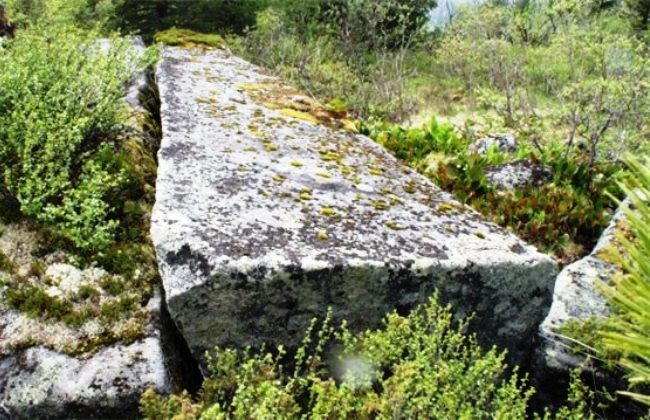 Monuments of this type are especially numerous in Britain. There are still a lot of them to be found in Spain, there are megaliths in France. But somehow the side went around notes on these unique buildings of Russia, it was very rare to read something about megaliths located on the territory of Russia. But there are a lot of them, they are in the Altai and the Urals. There are entire megalithic complexes here, some of them have already begun to be studied by scientists who, after studies, concluded that calendars could be created not only by Maya.

Ergaki — it is possible to say the pearl of Siberia, an indescribably beautiful place. Ergaki means fingers. Local people from generation to generation transmit many legends about these places. From a distance you can see a ridge that resembles the contours of a sleeping warrior.

In it you can see the warrior’s head with flowing hair, nose, legs, arms, and also arms crossed on the chest. According to one of the legends, this is the «Sleeping Warrior» named Sayan — one of the brothers who were sent to protect the spring of desires located here. So he has been lying ever since, guarding him here. 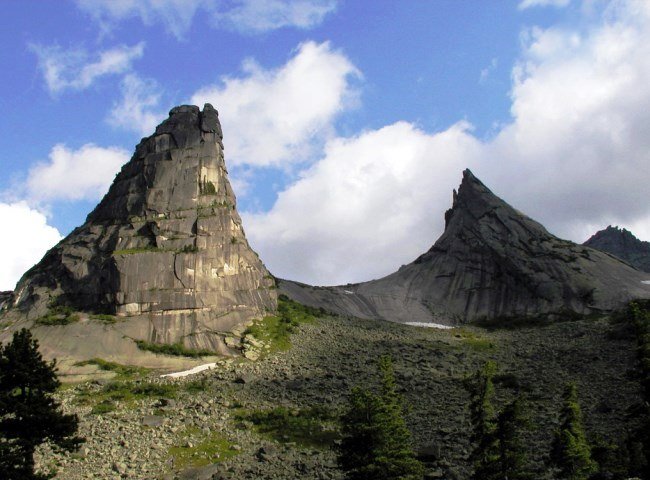 And not far, at the edge of the abyss is the «Hanging Stone». It is very large, and at first glance it may seem that it is about to break and fall. And in this regard, the local residents have another legend. In which it is said that if someone succeeds in pushing this stone into the Raduzhnoe lake, then splashes can sprinkle sleeping Sayan, he will wake up at the same moment and there will be a huge shock, or simply «the end of the world».