All that is left of a small mountain range is seven giant stone idols. Everything else, for the last 200 million years, the wind, rain and sun turned into rubble. This is how you can briefly describe the history of the appearance of the famous stone pillars located on Mount Manpupuner that is located on the territory of the Triocko-Pechersky district of the Komi Republic. 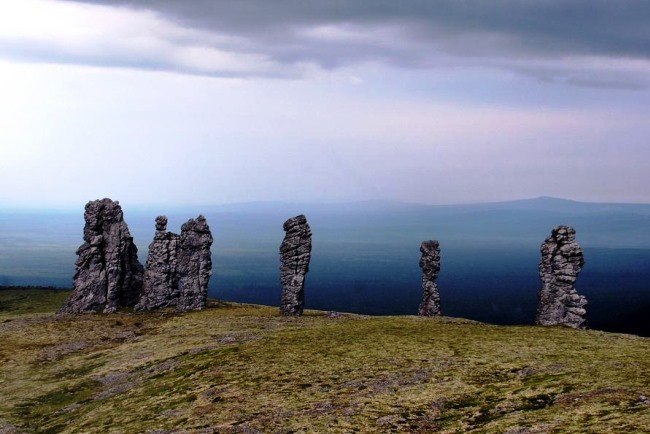 Such kind of natural monuments are not uncommon not only in the territory of the Komi Republic or other regions, because such processes of destruction of soft rocks are quite a natural and widespread process. So almost all mountains on our planet grow old and are destroyed under the influence of natural, physical factors.

However, the stone giants of Mount Manpupuner are a truly unique phenomenon. After all, these idols are not only grandiose in size, but also in form.

Taking into account the latter circumstance, for a family of stone idols, a legend was established that all of them are nothing more than fossilized shamans who came to conquer the Vogul peoples in ancient times inhabiting the present territory of the Komi Republic. At the same time, the territory of Mount Manpupuner where the stone giants are located was a forbidden place for local people, where only selected shamans could enter, and the name of the Manpupuner mountain from the Mansi language is translated only as «The Small Mountain of Idols». 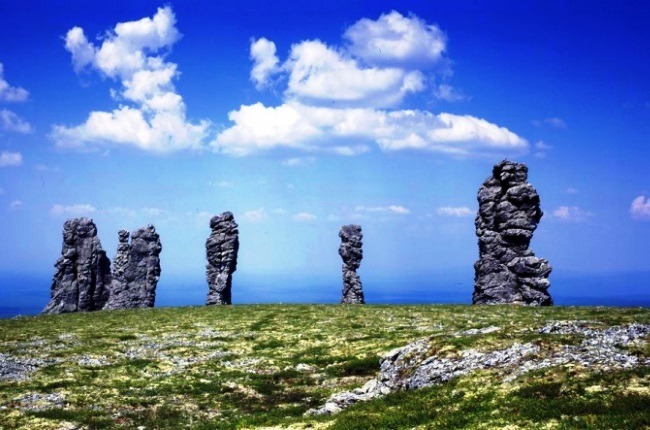 However, to date, from the cult object, seven stone giants have turned into a real religious pilgrimage of many tourists visiting the Republic of Komi and although the giants themselves are quite far from populated places and to giants it is rather difficult to get to, but as a rule this nature monument is very popular and includes in the so-called «Seven Wonders of Russia».