The beauty of the Shamanka mountain lies in the fact that it is slightly exposed to the water surface of Lake Baikal and connects with the mainland part of Olkhon Island with only a small isthmus. With this in mind, if you speak more correctly, the Shaman is not a mountain, but a cape on this island. 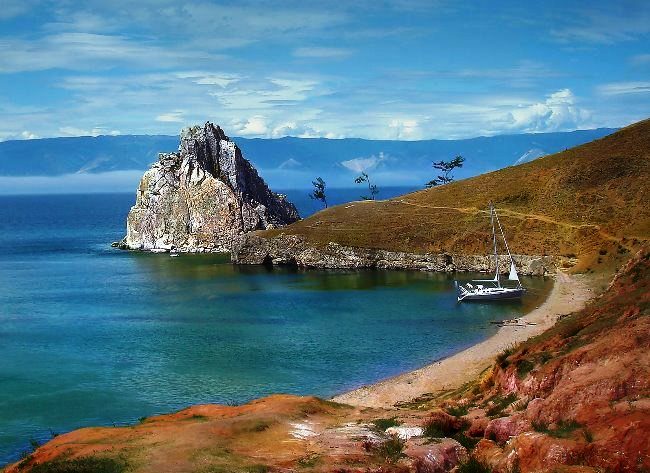 A feature of this mountain complex is the presence within the mountain of a rather large through cave, which the local tribes of the Buryats called a haven of spirits, which were commanded by local shamans. For this reason, the mountain-cape and received such a name, and for many years to enter this territory was allowed only selected from the genus of shamans.

At the same time, as local ethnographers note, the Shaman was so sacred that no one was allowed to disturb her peace. Passing by, the horses were tied up hoofs with their skin or fur, so as not to create excessive noise. Just pass by was allowed only on sleighs or skis, but by no means on the wheel, as a kind of symbol of dark forces. In addition, the absolute prohibition on finding even near Shamanka belonged to women and children, and in the nearby grove there is an ancient burial of shamans, also considered a shrine of local people. 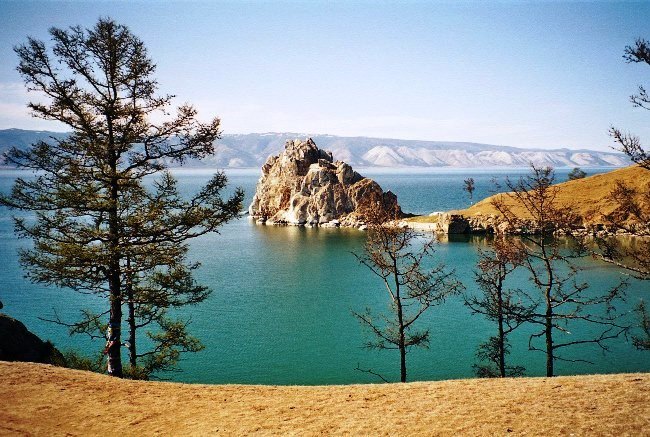 No less remarkable facts, discovered in recent years during archaeological excavations, are ancient rock carvings and inscriptions made in the language of ancient Tibet. So, in any case, Mount Shamanka is an exceptional monument not only of the nature of Baikal, but also a landmark of the historical plan of the ancient history of this region and peoples inhabiting it since prehistoric times.