Set Travel > Blog > The Priory palace from the earth

The Priory palace from the earth

What kind of materials are not used to build palaces? You can use rare types of stone, marble, some even used gold. But the Priory Palace, which was built on the orders of Paul the First, was built mainly from the ground. The architect of the palace Lvov Nikolai Alexandrovich chose the land for a reason. 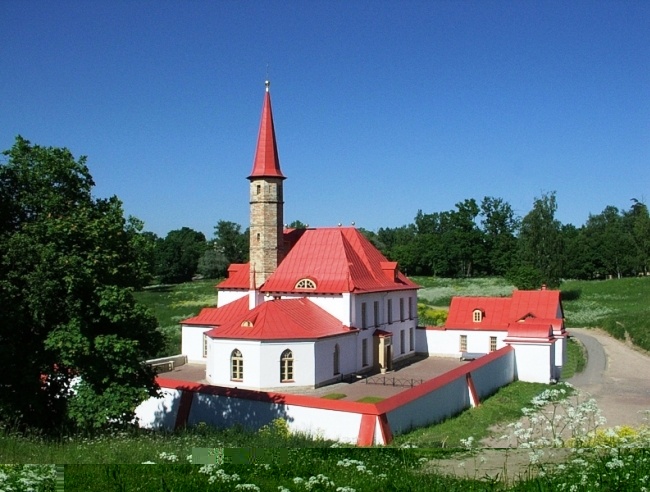 In the eighteenth century, the main building material in Russia was forest. And this, in turn, brought considerable damage to forest land, and quite often caused forest fires in villages and cities. Lviv also advocated the use of earthmoving construction, which was affordable and quite cheap. Such buildings were fire-resistant, and the forest no longer brought damage. And to prove his convictions, he decided to build a palace from the ground.

At the beginning of construction, the palace was intended to be presented to Prince Conde, who was in exile, after the French troops took Malta. But the prince used the palace only as a spare guest house.

The Priory Palace was built from the land in record terms even for modern times — approximately three months (from June to September one thousand seven hundred and ninety eight). 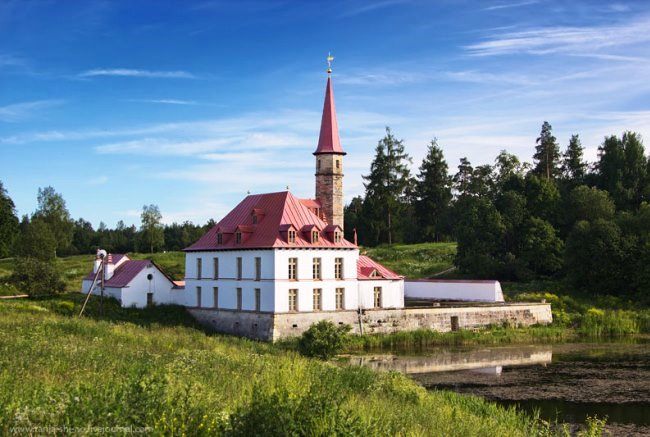 To begin with, a foundation made of limestone was laid to a depth of two meters, then a stone base was removed. The walls of the palace were made using the stuffing method (a mobile wooden pipe was created, and a small layer of earth was poured into it, which was rammed several times). This is how the walls arose, which eventually became even stronger. There is such a historical value in the Leningrad region. And even today, simple architecture attracts looks with its playing of roofs and volume. And from different points of view, new facets of the palace complex open.