Count Nikolai Sheremetyev, the prince of Catherine, who was the master of enormous wealth, decided to build a magnificent palace in the place of his old farmstead. So in Russia appeared Ostankino Palace. 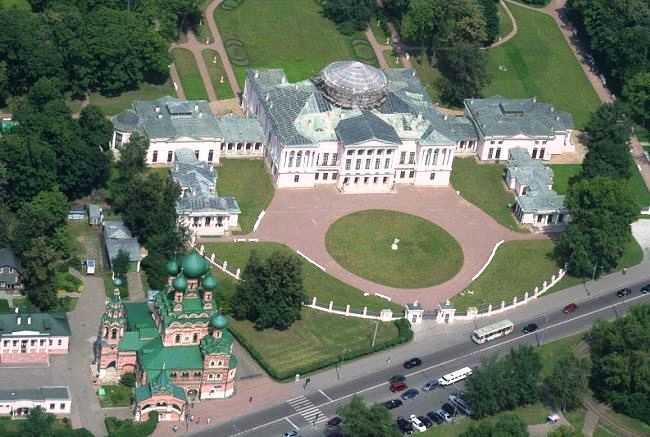 The first mention of the renovation and arrangement of Ostankino manor is in the year 1,700. It was in this year that Count Nikolai Sherementyev entered his rights. First of all, he built all the ponds of the Ostankino estate. True, today they are all just memories, but once they perfectly diluted the flat, monotonous terrain and were a place of entertainment for numerous guests of the estate. Guests went boating along the coast.

Near the estate there is a forest that surrounded the pond in front of the house, and framed almost the entire border of the estate. The forest gradually merged with the Marina Grove and thus ran, as far as Moscow. Les closed the view of the palace, and at the same time prevented guests from admiring the balconies views of Moscow.

In one thousand seven hundred and ninety-sixth year the decoration of the estate began. She ended hastily. It was necessary to have time for an important event, namely, the reception of the tsar. It should be noted that Count Sheremetev Nikolai Petrovich was a childhood friend of Tsar Paul the First. And although his mother, Catherine II, did not favor her son’s friends, Nikolai Petrovich never betrayed friendship with Pavel. That’s why he wanted so much to catch everything before the arrival of his king and friend. 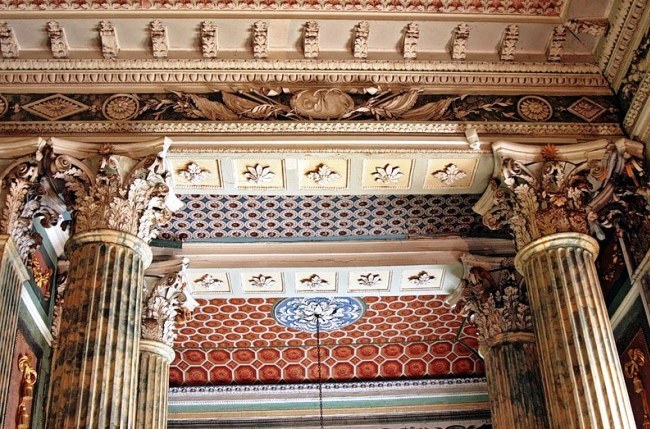 Thanks to the fact that among the serf artists of Count Sheremetev there were real masters, Ostankino turned into a masterpiece of wood carving. Great fame used art galleries of Ostankino. And for one there was even organized a large hall in the palace in Ostankino. There you can see masterpieces, both local artists and foreign ones. And to this day in the estate is the world-famous Museum of Russian Serf Arts.