Today, the Potemkin Staircase has ten spans and one hundred and ninety-two steps (at first they were exactly two hundred, but then they began to expand the port and the last eight steps fell asleep). The total length of the staircase is one hundred and forty-two meters. And its base is much wider than its upper part. 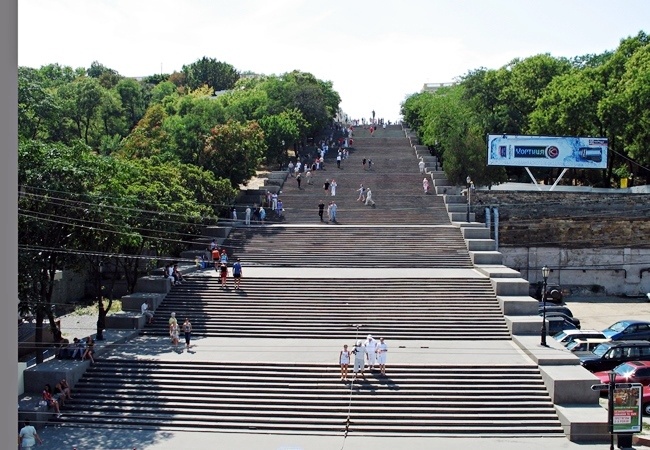 It is thanks to this peculiar structure that when viewed from top to bottom, it appears that the width of the upper and lower parts of the staircase is the same. The parapets of the staircase seem at first sight to be parallel to each other, and besides the top march only the platforms are visible. But when you look from the bottom up, it seems that the ladder is much longer than it seems at first glance, and you can see only a continuous cascade of steps.

Known all over the world the staircase became after the movie «Battleship Potemkin», when in the key episode on it a baby carriage is rolling. And on the propaganda posters during the Great Patriotic War the staircase was a symbol of Odessa. In 1959, in honor of the anniversary of the release of the famous film Rishelievskaya staircase (and before that it was called Bulvarnaya), it was renamed Potemkinskaya. 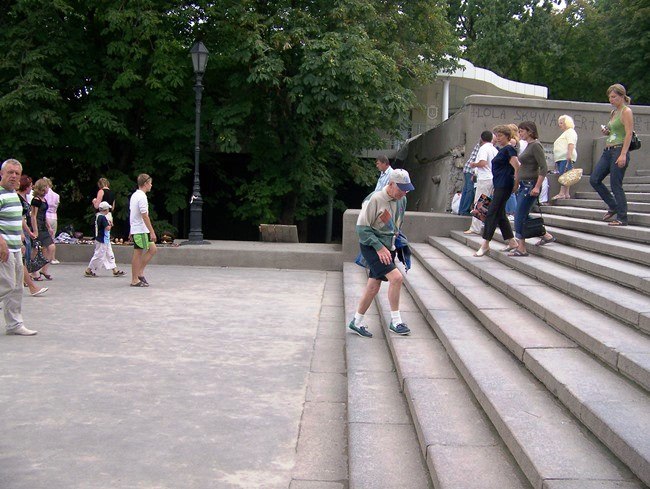 Today, an annual race is held along the Potemkin Stairs. The record for the race was twenty-two seconds. In addition, an annual concert is held on the second of September in honor of the city’s birthday, and the Potemkin Staircase is gradually turning into a large rostrum.