The Ukrainian city of Sudak is located on the coast of the Crimean peninsula. Above this city lies the majestic and ancient Genoese fortress. According to the legends, in the two hundred and twelfth year the Alans built this fortress. But modern archaeologists have not found evidence of this legend, and I date its construction to the end of the seventh century. 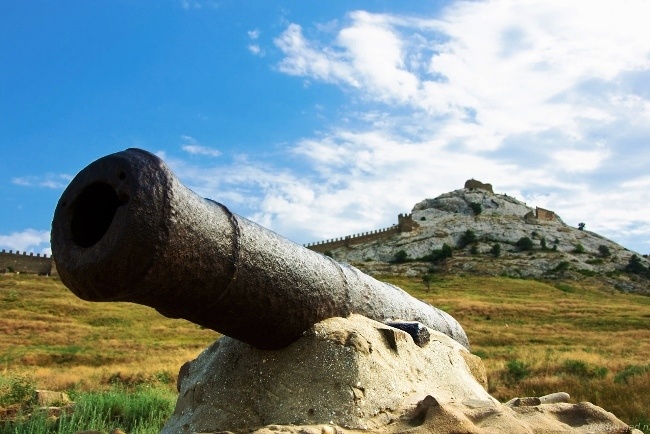 According to scientists, they founded a fortress or Byzantines, or Khazars. The fortress of the city of Sudak acquired glory and true greatness from one thousand three hundred and seventy-one to one thousand four hundred sixty-nine. In this period of time it was one of the strongholds of the Genoa colony of Soldai.

Sudak fortress is located on the mountain, which has a height of one hundred and fifty seven meters. Due to its high location, the fortress was practically not reached. After all, it was very difficult to reach from the west, from the east and south it was protected by the sea and the steep walls of the mountain, and from the north it was very well fortified.

The total area of the fortress is thirty hectares. It has two lines of defense: the inner (St. Ilya Castle) and the outer (Castle of the Holy Cross). Between the two lines of defense and located the main part of the city. The truth to this day is preserved only a small part of those buildings. 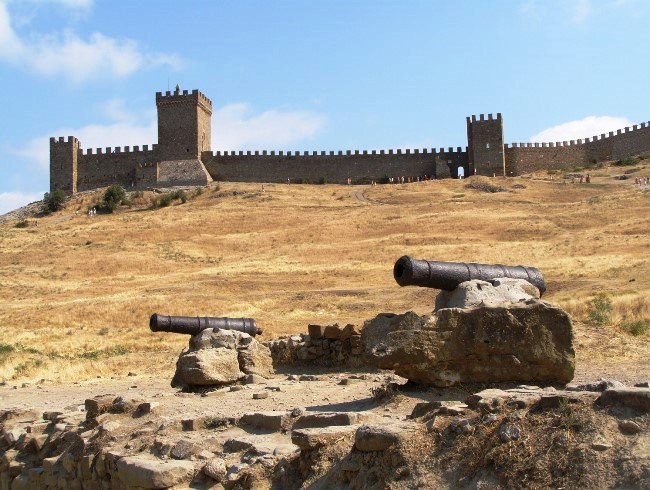 The walls of the fortress have a total length of the outer wall of eight hundred meters, the inner wall has a length of about three hundred meters. The height of the walls reached six meters, in some places it increased to eight meters. But the thickness of the wall all along was one and a half to two meters. The outer line of defense included fourteen towers, only a few reached contemporaries. The height of the towers was fifteen meters. And each tower bore the name of the consul under which it was built.