St. Andrew’s Church in Kiev is a real pearl of Baroque style. The building of the church looks very elegant: white and blue, decorated with gilding. There is a church on a hill, and it can be seen from various points of the center of Kiev. 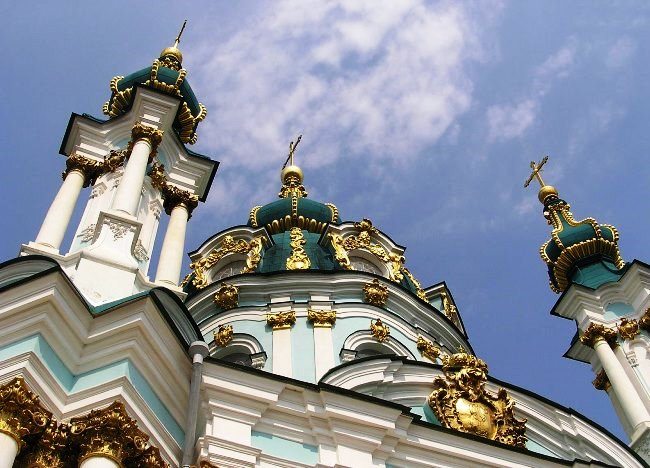 The construction of the church began in the year one thousand seven hundred and forty-nine, and ended in the thousand seven hundred and fifty-fourth year. The project was created by the then famous architect Rastrelli Bartolomeo. He also created many architectural masterpieces in the city of St. Petersburg. Rastrelli created the project of St. Andrew’s Church for Empress Elizabeth Petrov.

In those years she was going to build her residence in Kiev. And in connection with the relocation of Elizabeth in one thousand seven hundred and forty-four, the foundation of the future church was solemnly laid. True, Ivan Michurin, who supervised the construction, made some changes in the construction. According to his idea, a cast-iron staircase was added, which led to the church.

St. Andrew’s Church was equipped with everything to ensure that there were services, but unfortunately this has not happened so far. At first the services tried to conduct only when the imperial family came. But soon in connection with the numerous landslides the building came to an emergency condition. Later the church periodically restored and strengthened the hill itself. Since the year one thousand nine hundred and sixty eight, the church has been converted into a museum. True until this year, the Orthodox Church occasionally held divine services there. 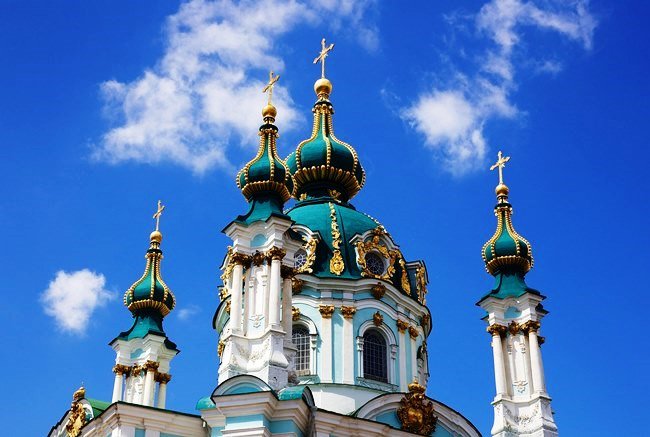 Many believe that the complex history of the church is due to the fact that it stands directly above the hidden underground sea. According to legend, the First-Called One personally visited the high Dnieper shore. However, then there was the sea. He erected a cross on the hill, and the sea went down. Part of the sea hid under the Andrew’s Hill.