Goverla Mountain is the highest point in Ukraine. It is in the Carpathians, it looks like a cone. Its height is two thousand sixty one meters above sea level. From its top you can grasp at a glance two Ukrainian cities and borderlands of Romania. 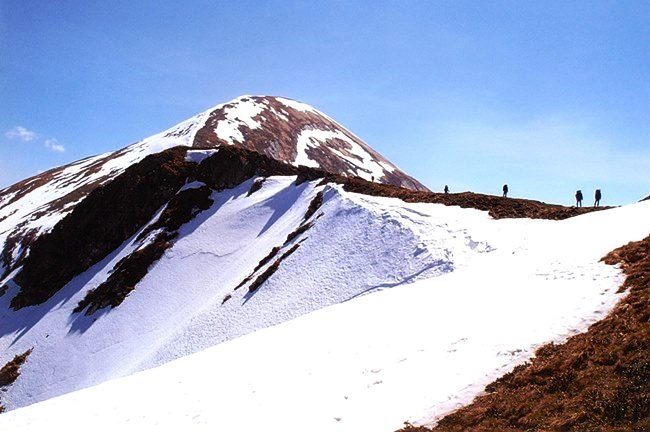 Although Hoverla is the highest mountain, its conquest is not difficult for experienced climbers. Its shape is practically the right cone, and it is all riddled with routes, and the easiest climb from the tourist base is only an hour and a half. Those who want to get acquainted with the mountain and its nature choose longer routes.

On their way there is a waterfall, narrow stepped paths and steep cliffs. Approximately on the middle of the ascent to the top, the forest will end, and above it will go a thick, mixed shrub. Of course, very few tourists will be able to disassemble all forty-five species of plants that are listed in the Red Book. But the blueberry can be seen by everyone.

In the end, everyone rises to the top. It has the appearance of a stony plateau on which there is a corresponding situation: a monument, a patriotic inscription and a cross. And of course, from the top of the mountain, you can see an amazing view of the Korpaty, the relatively remote Ivano-Frankivsk and clear and transparent lakes. In addition, from the top you can see the Romanian city of Sighetu-Marmatia. 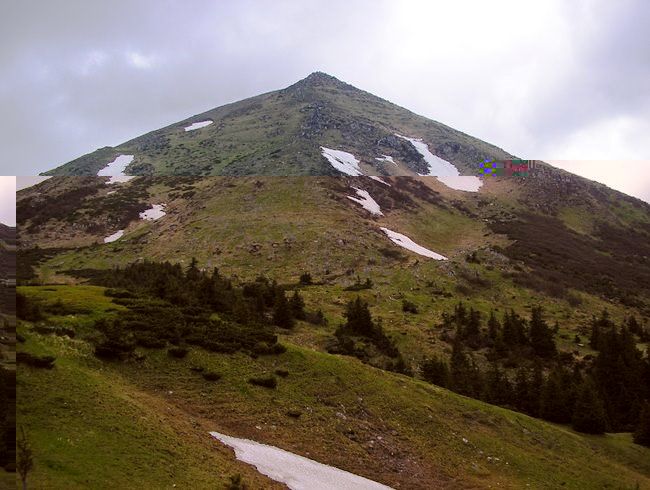 At the top of the mountain there are always a lot of tourists, because it has become popular since the year one thousand nine hundred and eighty. On the way back, all tourists are recommended to look at the Goverla waterfall, which is eighty meters high. When climbing, take warm clothes with you to protect against strong winds.