Ak-Kaya Rock is located in the Crimea, near the town of Belogorsk. Many years ago the city was called Karasubazar. And stood on the Great Silk Road. The white cliff of Ak-Kaya rises above the perfected flat plain. It rises to a hundred meters. And we can say that this is a unique monument of geology. 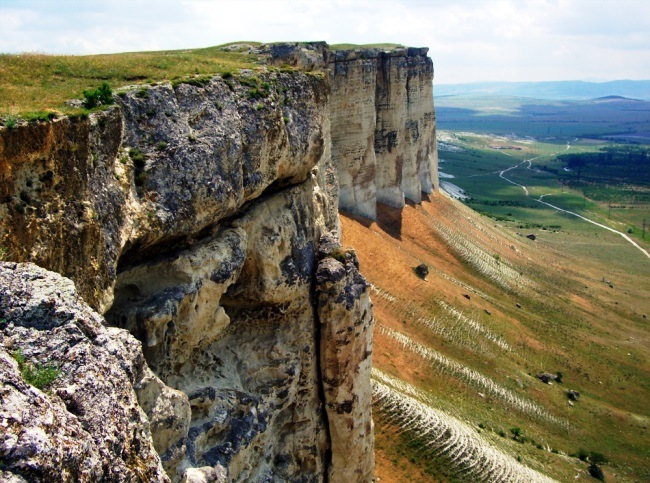 The mountain consists of marls and limestone. It is these components that give the rock a snow-white color. The ancient mountain has preserved many traces of life. Many millions of years ago, Ak-Kaya was just a sea-bottom. Therefore, here was discovered the skeleton of a unique ancient whale. Well, every guest of the rock can find in it spiral shells.

When the sea had already receded, people gradually began to settle the plain. It was here that Neanderthals hunted mammoths. And the Sarmatians who lived on the caves, many years later left behind themselves the identification marks. The rock has two grottoes. In the first lower grotto, records of the Sarmatians were found. But the upper grotto is composed of a large number of different legends.

Mount Ak-Kaya took a direct part in one of Suvorov’s brilliant battles. He then, having an army four times less than the enemy, took a convenient location on the White Mountain, and with great ease defeated the Crimean-Tatar army. 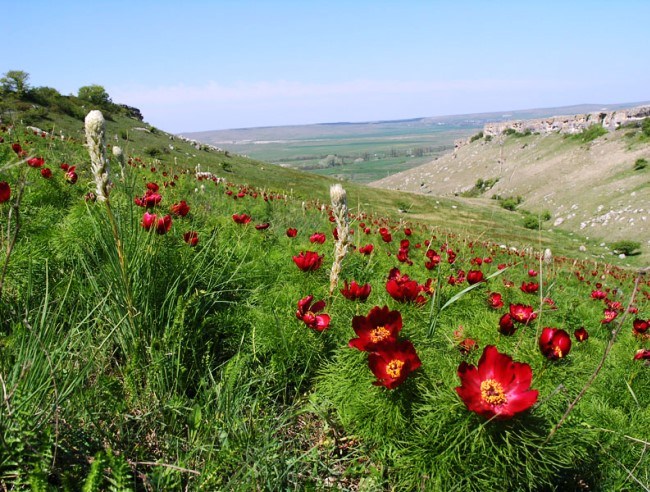 In 1991 the Crimean Tatars swore allegiance to the Russian Empire on this territory. The oath was taken by Grand Duke Potemkin. And in the middle of the twentieth century, the mountain became also a movie actress. It can be seen in such films as «Cipollino», «Mustang Mustang» and «Horseman without a Head». In the year nineteen seventy-nine, it was here that the USSR championship in mountaineering took place. And after this every year the interest and popularity of the rock among climbers grows.