Next to the world famous Koktebel there is a Kara-Dag reserve. Translate the name of the reserve can be like «Black Mountain». When immigrants from Turkey came to those lands, they most likely wanted to have familiar names around them. Therefore, not large mountains (the highest mountain has a height of five hundred and seventy seven meters), they called the name of the bark, which is in the Turkish district of Karaman. 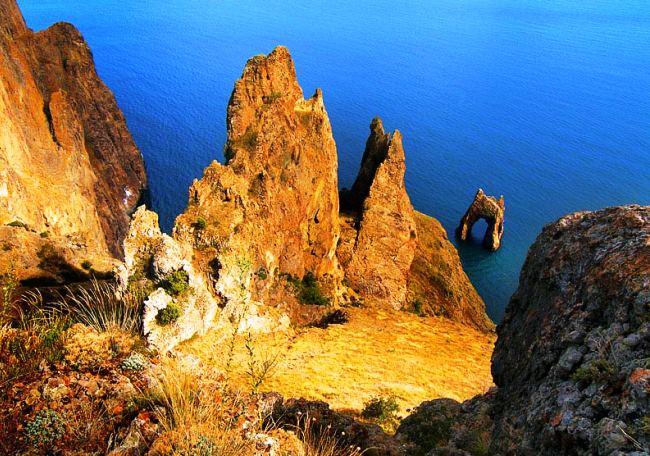 Almost one hundred and twenty — two sixty million years ago, an amazing landscape began to form on the site of the reserve. The mountains are next to the forests, and the cliffs hang over the delightful bays. This territory became a reserve in the year one thousand nine hundred and seventy-nine. The reserve area is about three thousand hectares. And the reserve includes the water area and the mountain range.

Conditionally the whole reserve is divided into two zones. In the first regular excursions are organized, which are headed by experienced foresters. During the tour, they talk about plants and animals that live in the reserve. You can also hear legends about stone statues.

Only scientists and researchers are allowed into the second zone. At the beginning of the twentieth century, Vyazemsky Terenty Ivanovich formed a bio-station near the village of Kurortnoye. Workers of the biostation counted a large number of butterflies, plants and animals inhabiting the reserve. Today, a dolphinarium, an aquarium and a nature museum of the Kara-Dag Reserve operate at the biostation station. 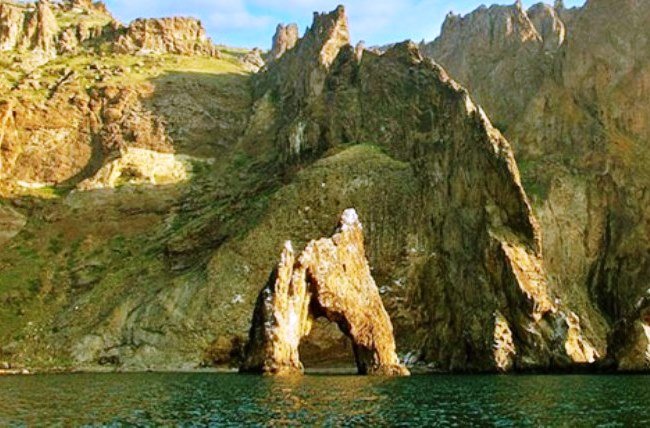 You can reach it by land or by sea. From the sea side Kara-Dag produces a surprising impression. And the gloomy majesty of the reserve opens completely from the other side. It should be said that during the sea voyage you can see the Golden Gate. The Golden Gate is a rock with a hole that rises from the sea.