One of the most amazing and unusual places on the planet is the Dry valleys of Antarctica. It’s hard to imagine a stone oasis surrounded by ice and a thick snowball. The territory of the valleys occupies about eight thousand square kilometers. Here you will not see a single snowdrift, and even a snowflake you will not be able to find here. In the valley it is very difficult to understand that you are in Antarctica. 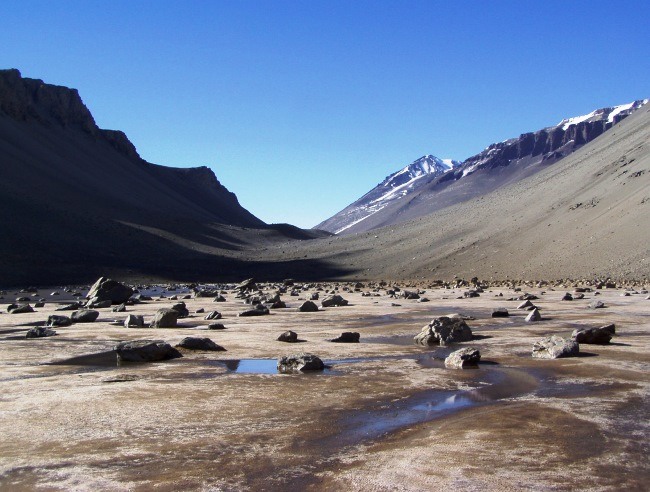 Wright, Victoria and Taylor — this is how the valleys are called, which joined together, creating such a miracle of nature. This is the only place on earth where katabatic winds blow, speed, which reaches ninety meters per second. Naturally, such gusts of wind take away the entire snow cover from the valley territory. However, the reason for the dryness of the valley is not only a strong wind, but also the fact that this area has not seen any precipitation for more than two million years.

Incredible interest, this area is caused by geologists and various researchers. After all, the stones that cover the desert land can tell about the times when dinosaurs walked the earth. Given the special climate of dry deserts, the remains of all the creatures that have been found here have remained practically in perfect condition. And so ideal that sometimes their age can not be determined (when the animal died, a year ago or a thousand?

The wonders of the Dry Valleys do not end there. The fact is that in this desert there are lakes. One of them is a lake named «Vanda» — it went to the depth of the stones for sixty meters, its surface is bound by a four-meter layer of ice, and the water in it, however, like all lakes of Antarctica, is salty. Studying this lake, the scientists were perplexed. The fact is that at the bottom of the lake the water temperature reaches twenty-five degrees above zero. 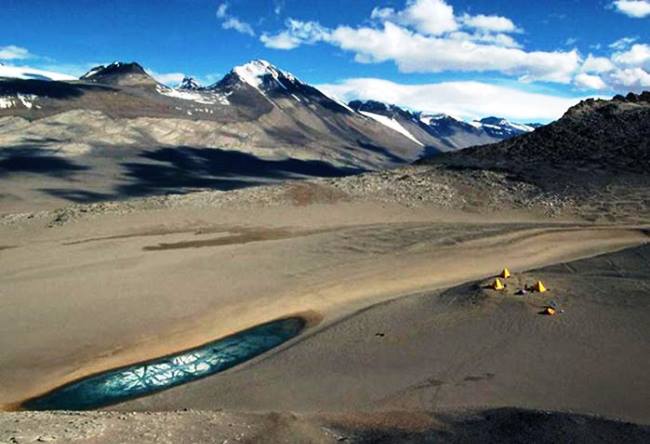 The territory of the Dry Valleys is not particularly distinguished by the saturation of vegetation or animals. It is inhabited only by endolites resistant to such a climate, which have chosen the surface of local stones. However, this did not prevent the UN from taking the Dry Valleys under its protection, UNESCO also took care of the Dry Valleys. There is no such miracle on earth.