The Universal Temple of Ildar Khanov

Approaching the train to Kazan, in the windows of the car you can see the unusual temple, which is being built on the Volga coast. It is surprising that Central, or as they say «Byzantine», the dome, characteristic of Orthodox churches, is surrounded by pommels and roofs belonging to the temples of other religions. The author of this creation was the artist and architect — Ildar Khanov. The controversy about this temple does not cease until now. 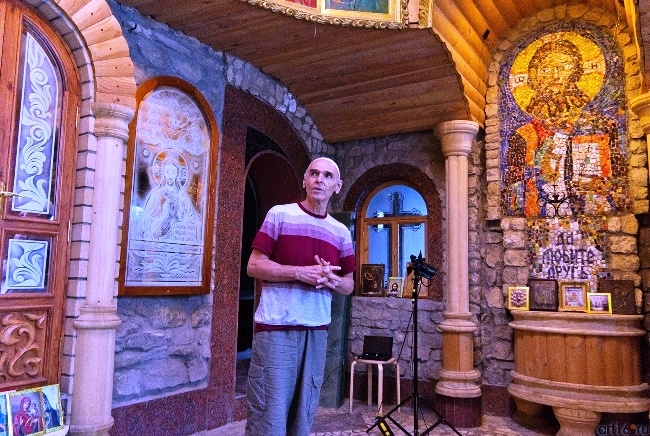 The architect of this amazing building says that sixteen religions will be represented in the temple, and accordingly the same number of domes will adorn the top of the temple. Here they will find a place known in our time, and forgotten in the centuries, and those that will come in the future of religion. For example, on one of the vertices you can find the Roerich symbol of Agni Yoga. The walls are decorated with mosaics and frescoes, and the colored stained-glass windows unite in themselves all sorts of styles.

Ildar Khanov says that most of what he does, sometimes meditations come to him. After all, in addition to being an architect and a certified artist (he studied and graduated from the Surikov Institute, and after that became a member of the Union of Artists of the USSR), Khanov learned other sciences and developed extraordinary abilities — for example, yoga, meditation, and some time began to engage in healing. This was greatly influenced by his visit to India and Tibet. 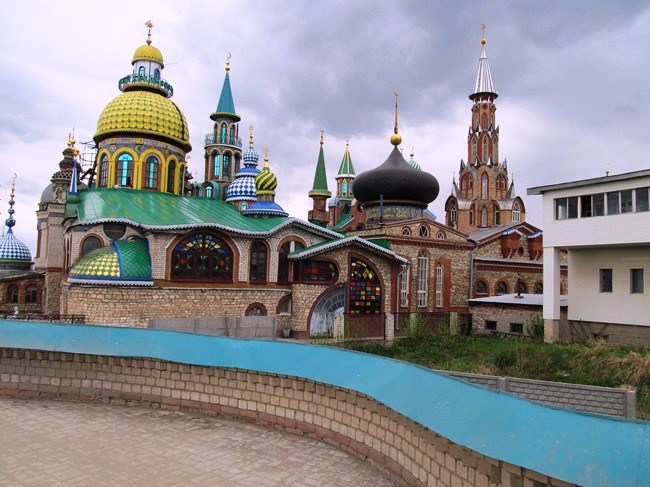 The ecumenical temple of Ildar Khanov should not become the abode of religious service. It is planned as a cultural center, and also as a home of truth. In the main dome there is an observatory, in another room there is a children’s theater.

And the criticism and praise for this extraordinary building and architect sounds a huge amount. And what this temple really will be, only time will show. Will it be the newest center of philosophy, or will it become, simply, a place of visiting for tourists, we will see in the future. In the meantime, you should admire the diligence and tenacity of its author.