After passing, all known, Koktebel, is the protected area of Kara-Dag. You can go there only with an excursion and admire the beautiful plants, many of which are very rare and are included in the red book, and some of them are completely unique. 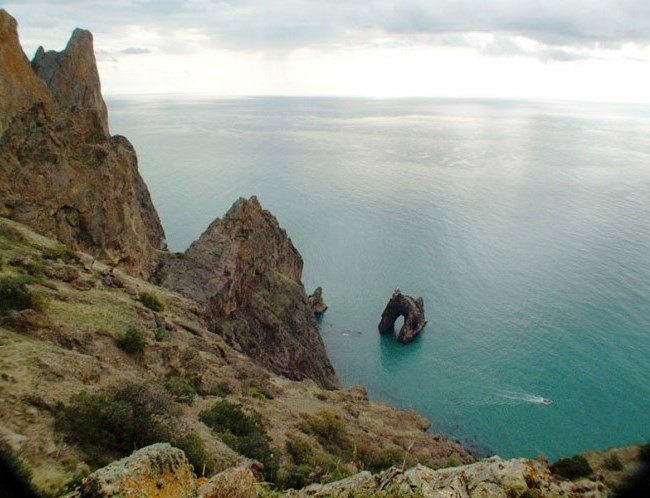 Kara-Dag, which means in translation, like the Black Mountain, the Turks, left here since the Ottoman rule in the Crimea, and other small local mountains began to be called in their own way. There are a lot of names related to their homeland. This area appeared 120-160 million years ago after volcanic activity. Since 1979 this area has been recognized as a reserve. The area of the whole territory occupies almost 3,000 hectares, and this together with the mountain massif and the water area.

The reserve zone (the Reserve Mountain) will be divided into two parts. In the first you can go with an excursion, they are in Kara-Dag spend forestry with a lot of experience and knowledge of the area. Foresters will tell you wonderful things about plants, animals of this wonderful reserve, stories about stone sculptures (many stones are reminded by various figures), they are traced along animal tracks. In the Second Zone, unfortunately, the passage is forbidden for all except research scientists.

Near the settlement of Kurortnoy in the XX century, Terenty Ivanovich Vyazemsky arranged a biostation. During the work of the biostation, the researchers identified 1,632 different butterflies, 199 different birds, 107 different fish. At the disposal of the biostation, various exhibitions are attached. It is not so easy to get from Koktebel to Kurortny, because you can not pass through the protected area. But on the sea — you can. From the sea, Kara-Dag is no less surprised by its beauty. And during a sea voyage you can admire the Golden Gate — which rise from the sea depth with a rock with a through hole. 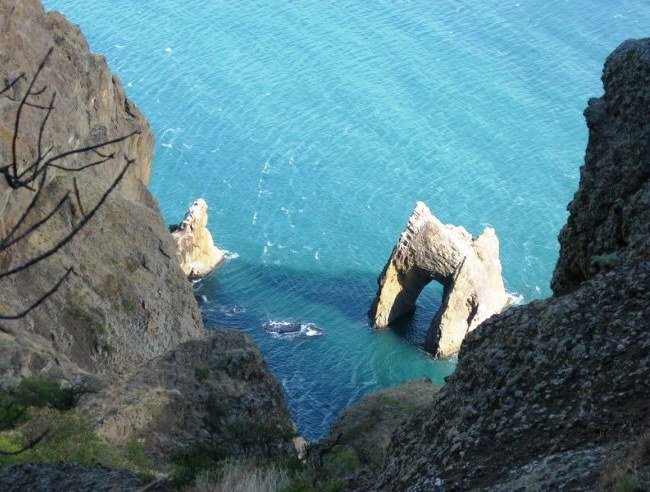 Visiting Kara-Dag, you will hardly forget the big black Devil’s finger, the Deer, the Dead city, the stone statues of Mount Karagach, the profile of Pushkin in the outlines of peaks and the face of Voloshin in the relief of the sea bay. Not in vain these places were used in their works by Voloshin and Aivazovsky, Paustovsky, Tsvetaeva, Green.