Vyatsky Uspensky Trifonov Monastery is a man’s monastery, erected in the name of the Assumption of the Blessed Virgin. This monastery is located in Russia, in the city of Kirov. The monastery was founded in 1580, by St. Typhon Vyatka. During the period of anti-religious Soviet activity, it was closed and empty, reopened in 1991. 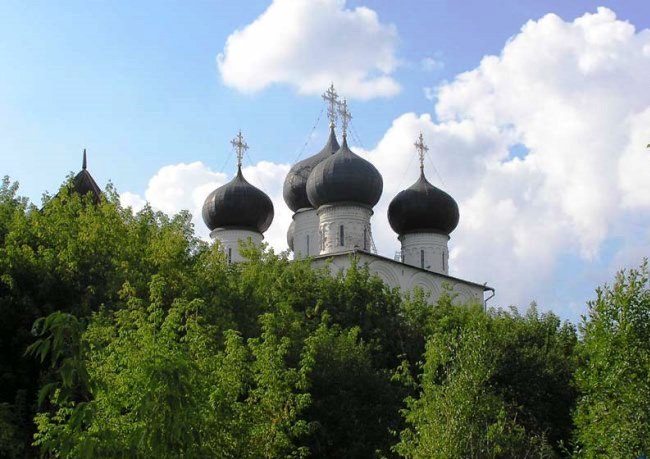 Now in the monastery is the Assumption Cathedral. And the architectural ensemble of UspenskyTrifonov Monastery received the status of a federal monument of architecture. In 1580, Tryphon Vyatsky decided to build a monastery and therefore turned to Tsar Ivan the Terrible. The king favorably approached the request, which he issued a letter of June 11, 1580. Typhon Vyatsky put a wooden church in the name of the Annunciation on the site of two old priibeschenskih churches. And in 9 years on this place a unique wooden Assumption Church was built.

After the founding of the monastery, 2 settlements, Kikimorskoe and Zaohradnoe, were formed very quickly next to it. Over the centuries of its existence, the Uspensky Monastery has been rebuilt many times, until, in the end, it becomes the way we see it now. In 1595, Fedor I signed a charter, and awarded the monastery Voblovitsa parish in Sloboda Uyezd. Since then, the monastery has received a huge number of lands, founded many villages and replenished with income. 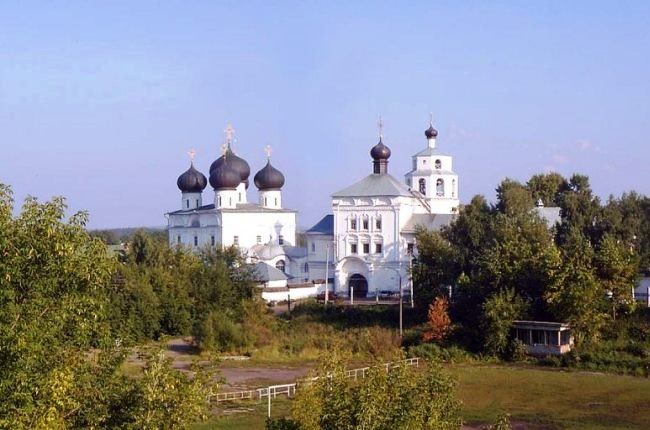 Now the Vyatka diocesan administration is located in the monastery. The monastery remains active. Visiting it, you immediately feel the entire sanctity of the place, its beauty and majesty. After all, the monks for centuries collected on the grains of sacred knowledge and sought the right to preserve the holy relics. There is also the largest collection of holy Orthodox icons.

Now the monastery has the name of the Holy Assumption Cathedral of Trifon, and its abbot is now Metropolitan Chrysanthus.